Jews are "obligated" to promote the Noahide Laws among non-Jews 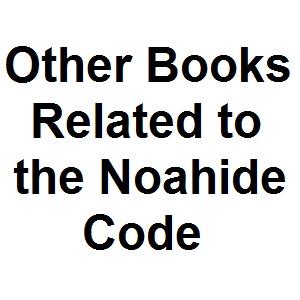 Rabbi Schneerson is the Rabbi who is lauded in Public Law 102-14 for his work in spreading the Noahide Laws world wide (here), he also stated that non-Jews have Satanic souls and only exist to serve Jews (here). Further, Schneerson made it clear that Jews (even outside of a Jewish court system) can use force (if not possible then through pleasantry) to compel non-Jews to accept the Noahide Laws (here). When discussing Noahide law, despite the Rabbi's obvious words, many Jews will claim that Jews have no obligation to promote the Noahide Laws among non-Jews. However, again the Rabbi disagrees. In the book "To Perfect the World: The Lubavitcher Rebbe's Call to Teach the Noahide Code to all Mankind" by Rabbi Yehoishophot Oliver, legal references provided by the Rabbi are lined up to prove that Jews are "obligated" to promote the Noahide Laws among non-Jews. How this "promotion" is done seems up for debate, as the Rabbi left "force" on the table.

The following is from the first chapter of the book "To Perfect the World: The Lubavitcher Rebbe's Call to Teach the Noahide Code to all Mankind" by by Rabbi Yehoishophot Oliver


Chapter One:
Classic Teachings on the Obligation for Jews
to Promote Belief in G-d and the Noahide Code

... “And you shall love the L-rd your G-d”[1] ... They [our Sages] said that this Commandment also includes calling upon all people to serve G-d (exalted be He) and have faith in Him. For just as when you love someone, you will praise and extol him, and call upon others to love him, so by analogy, when you truly love G-d through grasping His truth, you will undoubtedly call [others] ... to the true knowledge which you have already grasped. As the Sifré says:[2] “‘And you shall love the L-rd’ – you should make Him beloved of mankind as Avraham your father did, as it says,[3] ‘And the souls that they made in Charan.’ ” That is to say, just as Avraham, for the sake of his love of the L-rd – as Scripture testifies, “Avraham who loved Me”[4] – summoned mankind to believe, by the power of his conception of G-d and the greatness of his love for Him, so too, you must love Him to the extent that you will call mankind to Him.

Moshe was commanded by the Almighty to compel all the inhabitants of the world to accept the commandments given to Noah’s descendants. ... Anyone who accepts upon himself the fulfillment of these seven commandments and is precise in their observance is considered one of “the pious among the Gentiles,” and will merit a share in the World to Come. This applies only when he accepts them and fulfills them because the Holy One, blessed be He, commanded them in the Torah and informed us through Moshe, our teacher, that Noah’s descendants had been commanded to fulfill them previously.

[Rabbi Akiva used to say,] “Beloved is man, for he was created in the image [of G-d]. It is an even greater love [that it was made known to him that he was created in the image], as it is written: For in the image of G-d He made man”: Rabbi Akiva intended to straighten the ways of all Gentiles, as we [the Jewish people] were commanded by Moshe our teacher, according to the words of Rambam [loc. cit.]. And if we are commanded to compel them ... how much more so should this be done through verbal persuasion, to draw their hearts to [follow] the will of their Creator and the desire of their Rock.

“I [G-d] will set you [the Jews] for a covenant to the people, for a light to the nations”: For on account of the Jewish people, the Gentiles will observe the Seven Commandments and go on the good path.

“You will be for Me a kingdom of priests and a holy nation”: Through this they will be My beloved people [in Hebrew, am segulah] and [recognized as] a kingdom of priests, by under-taking to teach all of mankind to call upon the Name of G-d and to serve Him with one purpose, as it is said,[6] “And you, priests of G-d, shall call out,” and as it is said,[7] “From Zion the Torah will go forth” [to the whole world].

We are commanded to guide Gentiles [in the service of G-d].

No. 360: A Gentile who is enthusiastic in observing the Seven Noahide Commandments ... should be honored more than a Jew who doesn’t occupy himself with learning Torah.

No. 1124: If one sees a Gentile committing a sin and can object, then one should, for G-d sent Yonah to Nineveh to influence them to abandon their sins.

"Any person who has already worked successfully in this area should try to influence other Jews to do likewise. Resistance should not deter one when attempting to influence a further individual to accept upon himself the task of disseminating the Noahide Laws amongst the nations." (Hisvaduyos 5750 2:18-19)
Posted by Just Another Hindu at 8:45 AM No comments: