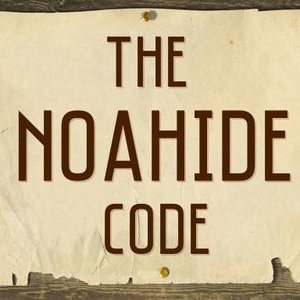 
AT THE FIRST SESSION

Begun and held at the City of Washington on Tuesday, the fifth day of January, one thousand nine hundred and ninety-three Joint Resolution Designating April 2, 1993, as ‘‘Education and Sharing Day, U.S.A.’’.

Whereas the Congress recognizes that ethical teachings and values have played a prominent role in the foundation of civilization and in the history of our great Nation;

Whereas President William J. Clinton has indicated that ethical considerations will inform all of the decisions of his Administration;

Whereas ethical teachings and values have formed the cornerstone of society since the dawn of civilization and found expression in the Seven Noahide Laws;

Whereas sharing and education represent two pillars of these Laws and of ethical conduct;

Whereas Rabbi Menachem Mendel Schneerson, the leader of the Lubavitch movement, is revered worldwide for the contributions he has made to education and sharing;

Whereas the 2,000 educational, social, and rehabilitative institutions administered by Lubavitch advance these ideals for the millions of people whom they serve each year;

Whereas Rabbi Menachem Mendel Schneerson has interpreted, in the miraculous events of our times, the increasing vitality of these ideals for the furtherance of human understanding and betterment;

Whereas the extraordinary life and work of Rabbi Menachem Mendel Schneerson have long been acknowledged by the Congress through the enactment of Joint Resolutions designating his birthday in each of the last 15 years as ‘‘Education Day, U.S.A.’’;

Whereas the Lubavicher Rebbe’s 91st birthday falls on April 2, 1993;

Whereas in tribute to this esteemed spiritual leader, the Lubavicher Rebbe’s birthday will be designated as ‘‘Education and Sharing Day, U.S.A.’’; and

Whereas such designation will signal a renewal of our Nation’s commitment to greater acts of charity, to an enriched emphasis on education, and to the furtherance of ethical teachings and values in the affairs of government and in the lives of our citizens: Now, therefore, be it Resolved by the Senate and House of Representatives of the United States of America in Congress assembled, That April 2, 1993, the birthday, and the culmination of the celebration of the 90th birthday year, of Rabbi Menachem Mendel Schneerson, leader of the worldwide Lubavitch movement, is designated as ‘‘Education and Sharing Day, U.S.A.’’. The President is requested to issue a proclamation calling upon the people of the United States to observe such day with appropriate ceremonies and activities.

Posted by Just Another Hindu at 10:34 AM