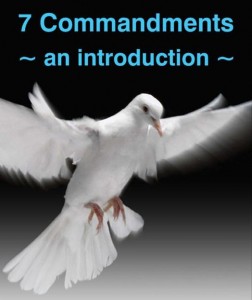 The 6th Noahide Law abolished the cutting off the limb of a living animal. Because lab cloned meat involves removing the cell of a live animal, this would ban cloned meat for general consumption (here). Now a Jewish news paper has claimed that Trump's latest anti-animal cruelty law has its basis in the Noahide Laws. Sentiments against animal cruelty are not owned by any one group, all people of all faiths can want to show compassion for animals, it does not take tyrannical Jewish Talmudic Noahide Law. Noahides and Jews have no right to lay claim to being kind to animals, they are simply posing themselves as morally superior and taking credit for values that are common to all humanity.


“ A righteous man knows the needs of his beast, But the compassion of the wicked is cruelty.” Proverbs 12:10 (The Israel Bible™)

Donald J. Trump and his photo op dog Conan (The White House)
FacebookTwitterEmailWhatsAppPrintShare407
On Monday afternoon, President Trump signed the Preventing Animal Cruelty and Torture (PACT) Act making certain acts a felony. The bill was approved in the House in October and passed in the Senate by a unanimous decision earlier this month.
The new law was based on the 2010 Animal Crush Video Prohibition Act, which made the creation and distribution of “animal crushing” videos illegal but didn’t ban the actual acts of cruelty.
The new Act defines the term “animal crushing” as when “one or more living non-human mammals, birds, reptiles, or amphibians is purposely crushed, burned, drowned, suffocated, impaled, or otherwise subjected to serious bodily injury.” There will be several exceptions including normal veterinary/agricultural practices, slaughtering for food, animal sports activities, protection of human life, or medical/scientific research. Penalties for violations will be fines and/or imprisonment, not to exclude 7 years.
“This common-sense legislation restricts the creation and distribution of videos or images of animal torture,” Trump said Monday at the bill signing. “It is important that we combat these heinous and sadistic acts of cruelty, which are totally unacceptable in a civilized society.”
Trump noted that animals play  a major role “in the development, settlement, security and happiness of our country.”
He referred to Conan, a military dog injured during the mission that killed Islamic State leader Abu Bakr al-Baghdadi. Conan was honored in a White House ceremony on Monday.
“Conan was something and created quite a stir,” Trump said.
Though every state has laws against animal cruelty, the new federal act was necessary to allow prosecution in cases that crossed several jurisdictions.
Hunting for sustenance, euthanasia, scientific research, and necessary action to protect human life or property figure are specifically permitted in the new legislation.
The new legislation has its roots in the Bible. The seventh Noahide Law incumbent upon all mankind prohibits tearing a limb off a live animal. This is explicitly described in Genesis.

This Biblical connection between cruelty to animals and human life was understood by proponents of the new law. Law enforcement agencies including the National Sheriffs’ Association and Fraternal Order of Police endorsed the bill, citing a well-documented connection between animal cruelty and violence against people.
In addition to the commandment in Genesis, the Bible admonishes against animal cruelty in many places.

A righteous man knows the needs of his beast, But the compassion of the wicked is cruelty. Proverbs 12:10

The philosophy behind this Biblical prohibition against cruelty to animals is described in depth in Ecclesiastes.
For in respect of the fate of man and the fate of beast, they have one and the same fate: as the one dies so dies the other, and both have the same lifebreath; man has no superiority over beast, since both amount to nothing. Both go to the same place; both came from dust and both return to dust. Who knows if a man’s life-breath does rise upward and if a beast’s breath does sink down into the earth? Ecclesiastes 3:19-21
President Trump’s administration has also made significant moves against abortion which is explicitly prohibited in the first Noahide law against murder.

Whoever sheds the blood of man, By man shall his blood be shed; For in His image Did Hashem make man. Genesis 9:6

Posted by Just Another Hindu at 8:25 AM