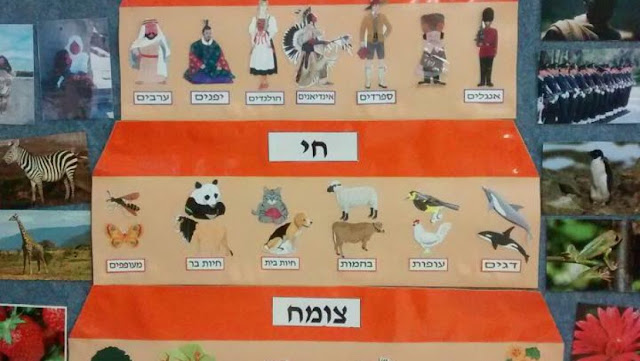 
Sept 12, 2018, the Israeli newspaper Haaretz published an article entitled "The Messianic Zionist Religion Whose Believers Worship Judaism (But Can't Practice It)". The article speaks of Rabbis who believe Jews are "ethnically" superior and that non-Jews, even those who follow the Noahide Laws, are animalistic in nature.  The article reads of a Jewish delegation which is converting non-Jews in the Philippines, a prominent member of the Filipino Noahide prayer house states that not only are Jews superior because they are "white" and white people rule the world, but that they also have Jewish blood which is chosen blood descended from Abraham, Isaac, and Jacob. The Filipino Noahide proudly proclaims that while Jews have five levels to their souls Noahides only have three levels and cannot escape their animal nature; they can only look to the Jews for guidance in taming this nature within them. It is stated that this project has "colonial" and "racial" aspects. Additionally, former Chief  Rabbi Yosef has equated non-Jews to donkey (livestock) who are only blessed with longevity so that Jews do not lose money (below).

Jews are racially superior colonizers and non-Jews are animalistic

Feldman quotes one members of the community, who explained to her, “You are very lucky because you are white, and white people are rulers of the earth. But you are also a Jew. You are very gifted because you have blood from the Chosen people, from Abraham and Isaac.” In his sermons, Villegas explains why his community is forbidden to uphold Jewish commandments, and dwells on the essence of the difference between Noahides and Jews. Jews, he says, possess an inner sanctity that draws them close to a divine level: “The Jew has five levels of soul while the Noahide only has three levels and remains on an animalistic level, and this is written in the Kabbalah.”

Noahides are incapable of reaching the level of the Jews, but they can learn how to improve themselves by way of the seven commandments. The questions-and-answers site asknoah.org also instructs the Children of Noah on how to cope with animal cravings. In the meantime, Chabad is making efforts to spread the word among non-Jews in Israel, too – a project that was introduced by the late Rabbi Boaz Kali, from Haifa.

Liberal Jewish philosophers of the modern era, such as the German-Jewish thinker Hermann Cohen, viewed the Seven Laws of Noah as the universal basis of the Bible, which prove that Judaism contains a general moral outlook that transcends the question of the fate of the Jewish people. But the interpretation of Rabbi Cherki and the Chabad rabbis uses the Noahide precepts to lay down an ethnic hierarchy between Jews and gentiles. Feldman notes that the Noahide religion constitutes a new form of colonial relations and racial ideology in which the rabbis are shaping a new faith for the inhabitants of the “global south” as an instrument to advance religious and nationalist goals.


"Why are gentiles needed? They will work, they will plow, they will reap. We will sit like an effendi and eat," he said to some laughter.

Yosef, the spiritual leader of the Shas Party and the former chief Sephardi rabbi of Israel, also said that the lives of non-Jews are protected in order to prevent financial loss to Jews.

"With gentiles, it will be like any person: They need to die, but God will give them longevity. Why? Imagine that one’s donkey would die, they’d lose their money. This is his servant. That’s why he gets a long life, to work well for this Jew,” said the rabbi, who recently turned 90.

Posted by Just Another Hindu at 5:16 PM