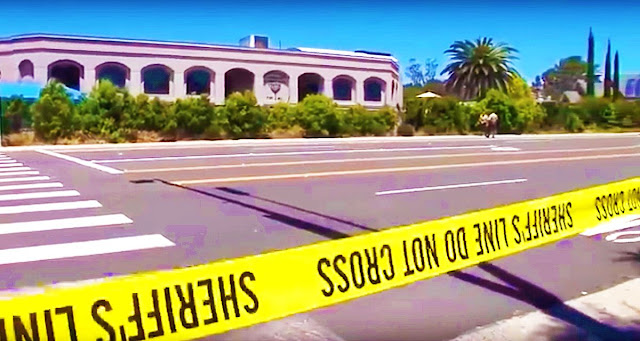 
Howard Kaye is the husband of the late Lori Kaye who was killed during the Chabab of Poway shooting which took place on April 27th of this year. While the incident was a tragedy and deserves condemnation, Howard Kaye would use his grief to use the incident as an excuse to promote the Noahide Laws. Kaye believes that teaching the world about the Noahide Laws would set an "inherent moral compass". But Noahide Law also calls for murder, the decapitation of anyone who does not follow the Noahide Laws, this means the execution of pagans (here), Christians (here), homosexuals (here) and blasphemers. It is also hypocritical since under Noahide Law it is legal for Jews to kill none Jews without penalty (here). Not only this, Kaye mentions the inspiration of the Lubavitcher Rebbe Menachem Mendel Schneerson, how can Kaye call upon the name of this Rabbis to condemn anti-Semitism when Rabbii Schneerson stated that non-Jews have inferior satanic souls and are the property of Jews whom they have been created to serve (here)? The anti-Gentile hatred of the Noahide Law is no less toxic or dangerous than any form of anti-Semitism.

JTA — The husband of Lori Kaye, who was killed by a gunman during services at the Chabad of Poway, said he wants to prevent future synagogue shootings like the one that killed his wife by educating the world about its “inherent moral compass.”
In an op-ed in Newsweek, Dr. Howard Kaye recalled how he passed out after beginning CPR on a woman after the shooting on April 27 and then realized that it was his wife.
“In trying to understand the root cause of the atrocity that took Lori’s life and, even more urgently, in seeking to prevent the next Poway from occurring, it became clear to me that Lori’s killer was motivated by anti-Semitic hatred,” he writes.
Howard Kaye said he has chosen to speak out now, three months since the shooting, because of the 25th anniversary of the death of the Lubavitcher Rebbe, Menachem Mendel Schneerson.
He wrote that his wife had been in synagogue the day of the shooting for her the anniversary of her mother’s death and that she had recently purchased a book by Schneerson about loss and tragedy, which she had not yet read. He has been reading it to deal with his wife’s killing. “Even in death, my loving, caring Lori anticipated my needs and prepared these comforting teachings,” he writes. “It’s almost as if she’s reading them by my side.”
Schneerson, Howard Kaye wrote, worked to promote awareness of a basic universal moral code for humankind called the Seven Noahide Laws.
“Sharing it with the world is more relevant now than ever,” he wrote in the op-ed. “Each time a murderous, twisted individual commits a crime of hate, the urgency to educate society about the basic laws of human civilization grows. It holds the potential to stop the next atrocity.”
Posted by Just Another Hindu at 10:31 AM