The Jewish Noahide Law against "idolatry" outlaws much more than statues 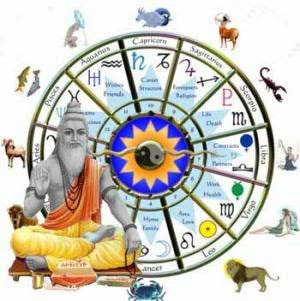 The very first of The Seven Jewish Noahide Laws (American Public Law 102-14) is “No Idolatry”. Many people don’t bow before graven images, so should they really fear if such practices are outlawed? “Idolatry” under Jewish Noahide Law encompasses much much more than simply banning people from bowing before statues. According to Jewish legal scholars, to avoid “idolatry”, one must accept Jewish Torah, accept Jewish prophets and teachers, and give obedience to Jewish courts. Also, one must not accept non-Jewish scriptures and not follow non-Jewish prophets or priests. All non-Jewish religious temples and paraphernalia are to be destroyed and any attempts to proselytize a non-Jewish religion will lead to execution. In addition, under the Noahide Law which abolishes “idolatry”, non-Jews can be executed for doing something as simple as consulting astrologers transvestism or getting a tattoo. Finally, non-Jews are commanded to not love those who practice idolatry and to even hate them, going out of one's way to have them prosecuted and killed. Under these strictures, even Christianity is considered idolatry (here). Links to legal references below.

To acknowledge G-d’s unity (that He is only One, and Infinite)
To teach and study Torah

To heed and obey every true prophet

To obey the judges of the Sanhedrin

To destroy all idols, their temples, and other idolatrous items

No having idols made for oneself

No making idols for others

No making human statues or figures

No idol-worship in four standard ways

No idol-worship according to its established rituals

No practicing the cult of Ov

No practicing the cult of Yidoni

No erecting a pillar for worship purposes

No making a stone pavement for bowing

No planting trees as religious decorations

No swearing in the names of false gods

No enticing another person to idolatry

No minimizing hatred of an idolatry-enticer

No rescuing an idolatry-enticer from danger

No vindicating an idolatry-enticer in his court trial

No withholding evidence on an idolatry-enticer in his court trial

No benefiting from idol adornments

No prophesying in the name of a false god

No false prophecy, even in the name of the true G-d

No listening to the prophet of a false god

No being afraid to punish a false prophet

No imitating the customs of idol worshipers

No divination or fortune telling

No astrology or magical illusion

No omen reading
No witchcraft

No charming or bewitching

No inquiring of an Ov

No inquiring of a Yidoni

No shaving off the temples (upper sideburns)

No shaving the beard

No cutting oneself in mourning

No indulging wayward thoughts or sights

No Temple service or Torah teaching while drunk

No tearing out one’s hair in mourning

Not to drink idolatrous wine of libation

Not to allow a witch to live

No adding to the written or oral Torah

No subtracting from the written or oral Torah


Posted by Just Another Hindu at 5:50 AM