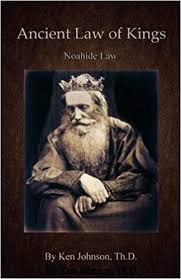 Israeli writer Vic Rosenthal says that Israelis should only treat non-Jews who live in Israel well so long as they follow the Noahide Laws.


“Strangers,” in Israel and America

By
Vic Rosenthal
November 15, 2019
Originally posted to the Abu Yehuda website}
We had a guest from America in our shul this week who discussed the week’s portion, lech lecha. She focused on the question of the treatment of the ger, the person who is a non-Jew in Eretz Yisrael and (variously) a stranger, immigrant, foreign resident, convert, etc. Our speaker interpreted the word ger to mean “immigrant,” and noted that both Sarai (later, Hashem would change her name to Sarah) and Hagar were powerless immigrants. Sarai was exploited sexually by Pharaoh when she was in Egypt during a famine (well, at least he tried to exploit her), while Hagar and her son were expelled from the family in Canaan by a jealous Sarai.
The speaker correctly noted that in multiple places the Torah calls for Jews to treat gerim well. For example, Leviticus 19.33-34 says

33 And if a [ger] sojourn with thee in your land, ye shall not do him wrong.
34 The [ger] that sojourneth with you shall be unto you as the home-born among you, and thou shalt love him as thyself; for ye were [gerim] in the land of Egypt: I am the LORD your God.

Posted by Just Another Hindu at 7:59 AM