Are Rabbis fooling Muslims into believing they are Noahide-compliant? For what purpose? 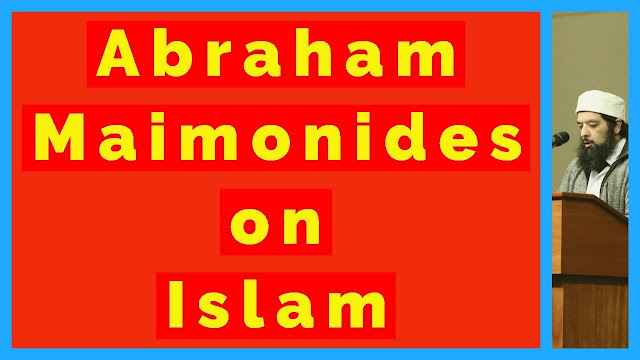 There are now attempts among Rabbis and Muslim leaders to declare Islam Noahide compliant (here & here). Also, the scholar Maimonides declared Islam non-Idolatrous (but Christianity idol worship). However it would seem the Rabbis are not being completely honest with Muslims as there is more convincing Jewish ruling which do declare Islam to be idolatrous and it is believed Maimonides only declared Islam not idolatry because he feared for his life living in Muslim Egypt. If Islam is indeed idol worship then why are Rabbis working to deceive the Muslim community into believing they are Noahides? Could it be that the Jews plan to use Muslims to first cleanse the world of all non-Muslims and non-Jews, and then once they have enough Muslims converted to Noahide proper, they will use this new army to get rid of all the rest of the unconverted Muslims?

Let it be known that the faith of the muslims, even though they unify G-d is considered complete avodah zarah, the law is to be killed and not convert because he that admits to their faith denies the Torah of Moshe, that it is not true in what we have in our hands and anything similiar to this is complete avodah zarah.  - Ritva - Yomtov Ben Ashbili 1250-1330

The Satmer Rav states that what occurs on the Temple mount (by Muslims) is pure Avodah Zarah. —Al Ha-Geula ve 'al ha-Temurah


Where one is forced to convert to the religion of Islam, is he obligated to give up his life or not? Teshuva the Answer is, I want to go into this at length because I saw the generation was "breeched more than it was left standing" because taught themselves a leniency in this matter when they have nothing to rely on... I exerted myself and I found that the what the Ritva z'l wrote was preferable.. ....So it is better to die than to be forced to break a principle of our faith —Radbaz - -Teshuva chelek 4 siman 92


So we see that the Muslim today is an Idol worshiper even though he does not realize that he worships as our Rabbis say there are five fixed places and one of them is nishra (mecca) in Arabia.. - Ray Nachshon Gaon


The leader of the Muslims, even though their followers (muslims) DO NOT consider them (muhammed) gods themselves, nevertheless, since they bow to them to acknowledge that they are human incarnation of their divinities will, they all have the halachic status of avodah zarah... -The Ran on Sanhedrin 60b


Ibn Ezra in Daniel 11:30 states And behold to Markolis all the Arabs from east to west celebrate by throwing stones there, the men of mecca did not turn to Muhammeds Islamic religion, until he swore to them that he would not remove the Markolis worship from that location.

There are three individuals who are considered as one "who denies the Torah"' (They are called Kofrim) ... one who says that though the Torah came from G-d, the Creator has replaced one mitzvah with another one and nullified the original Torah, like the [Christians} and muslims. —Mishneh Torah Hilchot Teshuva 3rd Perek


It is permissible to teach the commandments to Christians and to draw them close to our religion. This is prohibited regarding Muslims, because, as you know they, reject the divine origin of Torah and if they are taught scripture it would contradict the version of events that they have either invented or confused... Christians, on the other hand, believe the text of the Torah is immutable although they interpret it improperly in their commentaries. If they were presented with the correct interpretation, however, it is conceivable that they would recant; and even if they don't recant, it will cause us no harm since their scriptures are the same as our own. - Maimonides, Responsa, 149


Also R. Hayyim Benveniste, points out that Rambam's view of Islam also allowed him to act as a physician in Egypt. Had Islam he considered Islam idolatrous al pi halacha as he even brings down in Mishneh Torah he would not have been permitted to give medical aid to an idolater even for hire" - Hilchot AZ 10:2


Regarding Christians and Muslims: they "praise the place of prophecy in words, but they turn in praying to places of Idolatry... They retain the relics of ancient worship and feast days, changing nothing but this, that they have demolished the idols, without doing away with the rites connected with them, it states "you will serve wood and stone. Deut 28:36, 64, alludes to those who worship the wood (Christians) and the stone (Muslims) towards which we incline daily more and more because of our sins. —Kuzari 4:11


And the wood is the wood of the hanged person and the stone is the stone that is thrown in their (Islamic) festival as the Kuzari explained. - The Tashbatz 1361 -1444


R. Menahem Meiri, R. Abraham Sofer (son of the Hatam Sofer) and Sefer ha-Eshkol rule that it was forbidden to drink or even obtain benefit from wine handled by a Muslim.

Simhah Assaf rules that wine handled by a Muslim is forbidden for use as if it was touched by a Christian -  Simhah Assaf, ed., Teshuvot ha-Geonim (Jerusalem, 1929), no. 266,


Rabbi Y.Z. Soloveitchik regards Islam as idolatry by arguing that, since Maimonides identifies the denial of prophecy with idolatry, "why should the Shadadah, with its assertion of primacy of Mohammed's prophecy, not be on similar footing?"

And these Muslims are not distant from idol worship... and the ultimate purpose in that all the Geonim were lenient regarding benefiting from their wine and more so, but regarding the permission to drink (wine they touched) we have not heard from any posek. - Rambam Teshuva 269


The Chidah writes that when he was in Israel the practice was to forbid the benefits of Muslim wine as mentioned by the Rivta because of idolatry. - The Knesset haGedolahg (R'Chaim Benveniste) held the same.


"Islam is worse than other religions because they know that G-d is one but reject them and their place of worship and the law regarding them is one of idolaters" - R'Yekusiel Yehuda Halberstam, Divrei Yatsiv


Abraham ben Isaac of Narbonne - Sefer haEshkol brings down in the name of Rav Nashon haGaon that Islam is idolatry. And Muslims have a din of ovdei avodah zarah

Posted by Just Another Hindu at 8:07 AM