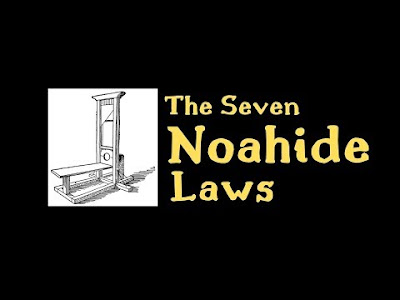 
Should Jews Be Happy About The Notre-Dame Fire?

Many Jews deeply empathized with the millions of people mourning Notre-Dame de Paris’s partial destruction last week. Was this feeling proper, however, considering that the cathedral symbolizes a belief that compromises the true understanding of the oneness of G-d?


Some in our community thought they saw more in the fire. Notre-Dame was the location of the burning of 24 cartloads of manuscripts of the Talmud, an event that all but destroyed Torah study in France and which is immortalized in our Kinot for Tisha B’Av.
The cathedral itself displays one of the more famous depictions of Ecclesia and Synagoga, which shows the triumph of the Church over the disgraced Jewish people. Even if schadenfreude is the wrong reaction, shouldn’t we take a bit of satisfaction in this fire, a kind of divine squaring of the score?
There are several reasons why we should not. It might have been different had the cathedral tumbled shortly after its opening when the Church was at the height of its powers of oppression. But it burned last week. Our Sages tell us that the Babylonians and Romans didn’t really destroy the Beit Hamikdash since its holiness had already been drained from it by the time they set fire to the building. Without implying an equivalence of function, something similar happened to the Notre-Dame de Paris. By the time the flames licked the roof of the iconic symbol of the French Church, Christianity had all but departed it.
In contemporary France, more people attend mosques on Friday than church on Sunday. In European capital after European capital, cathedrals have been converted to concert halls and museums. From the standpoint of the surviving faithful, it’s as if G-d doesn’t live in Europe any longer.
Is that good? Hardly. The dropouts from Christianity did not convert to Judaism or become pious followers of the Seven Noachide Laws that G-d legislated for the non-Jewish world. They drifted, for the most part, to agnosticism and atheism. Having no G-d is worse for non-Jews – according to the sources that deal with this question directly – than believing in Him but getting Him wrong.
The Ibn Ezra and Akeidas Yitzchok make this point explicitly, but we also know it from recent experience. Much of the opposition to bris mila and shechita in Europe, for example, flows – not just from hatred for its Muslim immigrant population – but from a growing contempt and disdain for religion. (Some of that contempt has already jumped the Atlantic and taken up residence in liberal circles in the U.S.) Do we really prefer to see the millions who used to attend Notre-Dame and other churches flock to the altars of new faiths that are committed – like the generation of the Tower of Babel – to ascend to the heavens to battle G-d?
Four thousand years ago, Yaakov struggled with a nighttime mugger, taken by our Sages to be Esav’s guardian angel. Come daybreak, the assailant raised a white flag. But Yaakov would not let him go until he blessed him. That is what Jewish victory looks like. Not the vanquishing of the other, but the other’s realization that he was wrong and that we were sent on a mission by G-d to bring true awareness of Him to the rest of the world. Jewish victory lies not in defeating the other, but in turning him into an admiring ally.
And that is what happened in recent decades to much of the Church. The only group in the world to consistently lobby for Jews and Israel today are conservative Christians. They stand up to BDS even in Europe. They visit Israel by the millions even when others beg off. Find a country considering moving its embassy to Jerusalem, and there you will find evangelical Christian pressure behind the scenes.
Is the Ecclesia and Synagoga offensive? Perhaps, but today it says more of the triumph of the former than its defeat. We outlasted the medieval Church. Pope John Paul II came to the Kotel and apologized for what the Church did, referring to Jews as the elder brother of Christians. We still await our final redemption, but the Pope at that moment stepped into the shoes of Esav’s angel and delivered the blessing that Yaakov wanted to hear!
When Notre-Dame was built, the Church found it necessary to proclaim the defeat of Judaism. That speaks volumes of the debt Christianity owed to Judaism – a debt so large that it had to invent supersessionism to deal with it. Supersessionism proclaimed the truth of the Hebrew Bible, but argued that Christians were the true heirs to it. Today, many millions acknowledge that debt but no longer believe they have “replaced” us. They look to us with respect – and often for guidance.
For many today, Notre-Dame has become a secular relic of the past. We should have no problem empathizing with the sense of loss to those who see it that way. To the still considerable number of Christians who see it as something more, we should thank G-d that, at least for the moment, many have recognized that the antagonism of the Church to the Synagogue is no longer. And we should thank Him, too, for turning, as only He could, many a descendent of our long-time enemies into our friends.
Posted by Just Another Hindu at 8:44 AM