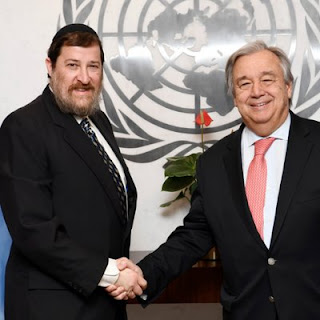 The Institute for Noahide Code (INC) is the NGO responsible for having the United Nations proclaim the Noahide Laws are "obligatory" for all mankind (here), they also list decapitation as one of the Noahide requirements on their website (here). The Institute for Noahide Code's head, Rabbi Yakov D Cohen, said that they were able to get Public Laws 102-14 and 103-14 passed by going around the separation of church and state by passing them as education (here). Now Rabbi Cohen is saying the INC wants to see the Noahide Laws inserted in all the constitutions of the UN member nations.

Posted by Just Another Hindu at 8:05 AM