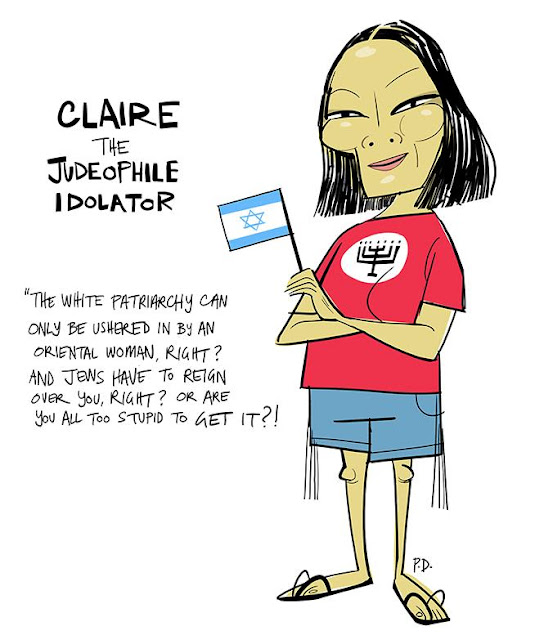 
Claire Khaw is a semi-famous ideologue who runs in alternative right-wing circles. She espouses an ideology which she has created called "Secular Koranism". Claire believes that if we implemented Sharia Law from the Koran, but in a secular way, detached from religion and being agnostic, that this would solve all of the world's problems. However, Claire is in favor of the Jewish Noahide Laws because according to many Jewish and Muslim scholars (here, here, here & here), unlike Christianity, Islam is not considered idolatry and Sharia Law would be able to co-exist with Noahide Law. According to Claire, under Noahide Law, Sharia Islam would become the new religion of the West to replace Christianity. What Claire may be hinting at is that both Sharia and Noahide Law would call for the decapitation of Christians, and Muslims could simply to the dirty work for the Zionists for them, and in the end, Islam and Noahide would co-exist together with Jews being a priestly class. A cartoon sketch pokes fun at Claire calling her a "Judeophile Idolator" and quotes her saying "Jews have to rule over you, right? Or are you just too stupid to get it". You can see Claire's response below and at her blog (here) 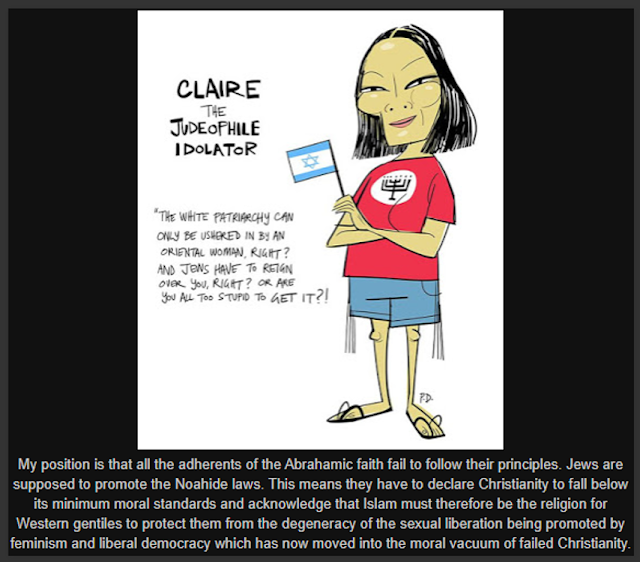 Posted by Just Another Hindu at 8:55 AM