Noahide Law passed by only 4 congressmen 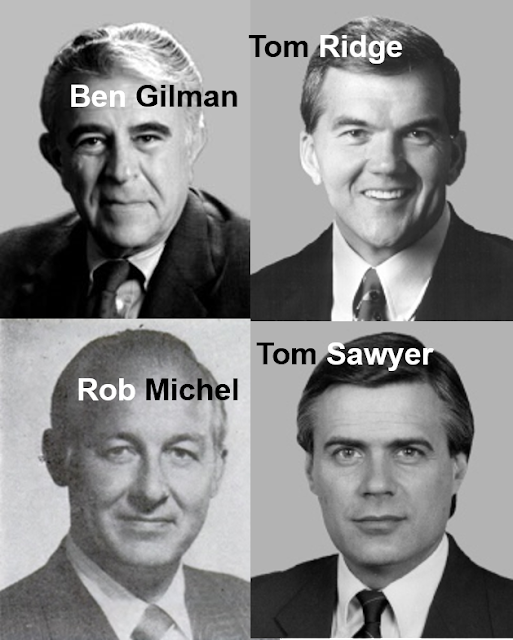 Many American find it hard to believe that congress would pass Public Law 102-14 (The Noahide Laws) if they were truly detrimental to the freedoms of non-Jews. Aren’t most people in congress non-Jewish? Why would they pass a law that was against their own interests? According to former congressman Bill Dannemyer (this is not an endorsement of him), Public Law 102-14 was passed on the vote of only four congressmen, when 99% of congress was absent. If his testimony and the testimony of his wife Dr. Day (again, not an endorsement) are accurate, then 99% of congress never voted on Public Law 102-14. Why was such an important proclamation passed with the consent of only 1% of congress?

Public Law 102-14 Was Passed By Only Four Congressmen

According to former congressman Bill Dannemeyer (U.S. Congressman, 1979-1992), Public Law 102-14 was passed by congress with the votes of only four congress people: Thomas Sawyer (D-OH), Thomas Ridge (R-PA), Benjamin Gilman (R-NY) and Minority Leader Robert H. Michel. This was made possible because the bill was brought up to vote at at time when 99% of congress was absent because they had been told voting had been adjourned.


To avoid this debate and the recorded vote that would have followed, a strategy was devised to get Resolution 104 adopted by “unanimous consent” with no documentation that 99% of all House members were absent, and none of the four members that were present would be held accountable by a recorded vote.

The Journal of the House of Representatives (JHR) for March 5, 1991, on page 151, describes item 30.12 H Res. 95- Unfinished Business.  This Resolution commended the President and United States and allied military forces in the success of Operation Desert Storm.  A recorded vote was taken and Item 30.13 describes the count: Yeas 410, Nays 8.  My yes vote was among the 410.  This page contains the name of each member present and how he or she voted.

Item 30.14, on the next page (page 152) of the JHR, recorded the announcement that when the House adjourns, it will meet on Wednesday, March 6, at 12 noon.  This told all the members that there would be no more roll call votes on Tuesday, March 5, that the day’s business was over, and within minutes after this announcement, virtually all the members were off the House floor, on their way home, and totally unaware of anything thereafter that was brought up.

Here is the subsequent record of what took place AFTER the members were gone.  Item 30.15 of the JHR was a routine announcement concerning recesses and a joint session with the President of the United States:

But then after almost everyone was gone for the day, Item 30.16 on the agenda, HJ Res. 104, the Resolution in question, was surreptiously brought up on the House floor with only four members present, who spoke on behalf of the Resolution.  This is how it occurred:

Congressman Thomas Sawyer (D-OH), the Chairman of the Committee on Post Office and Civil Service asked for “unanimous consent” to take up HJ Res. 104.  Congressman Thomas Ridge (R-PA) reserved the right to object, but did not object.  If he had objected, it would have stopped the process of unanimous consent.  Instead, he acknowledged the work of Minority Leader Michel who was the chief sponsor of this legislation and he then yielded to (Jewish) Congressman Benjamin Gilman (R-NY).  Congressman Gilman spoke briefly as did Minority Leader Michel.  It appears likely that these four Congressmen were the only ones present.

After assisting with the underhanded passage of HJ Res. 104, Congressman Thomas Ridge also subsequently assisted in the cover up of the truth of 9/11, claiming that flight #93 crashed in Pennsylvania, even though NO parts of an airplane or passengers or baggage were ever found.  From then on Thomas Ridge’s career blossomed!  At the time of 9/11, Ridge was Governor of Pennsylvania (1995-2001).  But in 2003, Ridge was named the First Secretary of the new Department of Homeland Security (2003-2005).  After the tragic multiple shootings at Virginia Tech on April 16, 2007, Ridge became part of the committee to cover up what actually happened in that event.

Continuing with the debacle of the “Noahide Laws” passage, the Speaker pro tempore asked if there was any objection to the request from Congressman Sawyer. There was no objection.

Posted by Just Another Hindu at 7:46 PM