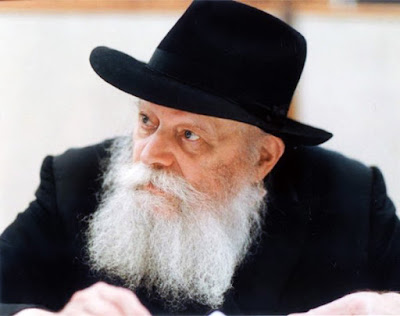 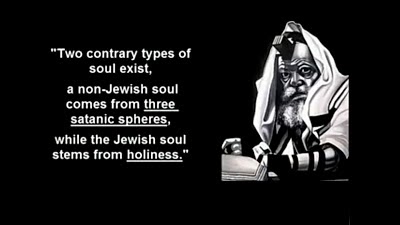 Rabbi Menachem Mendel Schneerson was a leading figure of the Noahide Law movement, he is honored in Public Law 102-14, a law which claims that the Talmudic Noahide Laws are the "basis... upon which our great nation was founded". Besides being known as an ardent Noahide Law advocate, Schneerson is also a controversial figure due to statements he has made about non-Jews, such as claiming that non-Jewish souls come from "satanic spheres", while only Jewish souls are holy. Some Jews say that these quotes about non-Jews being “satanic” have been taken out of context.  We wanted to make sure we were not falsely accusing Rabbi Scheerson, the Rabbi honored in USA Public Law 102-14, of anti-Gentile bigotry. After doing some research, we came across the book “Jewish Fundamentalism in Israel” written by secular Israeli activist Israel Shahak and American professor Norton Mezvinsky (free copy here). Fortunately, their research puts Rabbi Schneerson’s quotes about non-Jews being “satanic” into full contexts, and it is worse than we had previously noted.  The relevant passages are reproduced below, and when read in full (our emphasis added) it becomes very clear that the Rabbi meant exactly what he said, that non-Jews and Jews are of a different species and that non-Jews are indeed “satanic”.  However, the passage further reveals the depth of the Rabbi’s hatred for non-Jews.  According to Schneerson’s logic, a non-Jew who kills an embryo, whether the embryo is non-Jewish or Jewish, should be sentenced to death, but a Jew who kills even a Jewish embryo should not be killed.  Why is that you may ask?  According to the Rabbi’s hate filled logic, a non-Jew’s life is in vain and purposeless beyond his or her service to Jews, however, a Jew’s life has divine purpose and is the reason for creation.  An adult living Jew is considered to have greater value than a Jewish embryo which the Rabbi refers to as “subsidiary”, and so his or her life should not be forfeited for the sake of an unborn child.  However, the non-Jew’s soul is “satanic” anyway and only here to serve Jews, so it is nothing to take their lives for such “subsidiary” infractions.  Here we can see not only the anti-Gentile hatred of Noahide Law supporters like Rabbi Schneerson, but also the two-tiered system of Noahide Law where non-Jews live as second class citizens and are easier to convict and execute than Jews. Why would the United States pass a law which not only states the the Seven Noahide Laws should be promoted in our nation and globally, but also honors a Rabbi who obviously hates non-Jews? 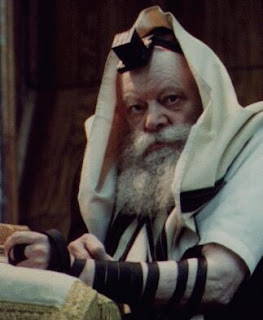 Whereas Rabbi Menachem Mendel Schneerson, leader of the Lubavitch movement, is universally respected and revered and his eighty-ninth birthday falls on March 26, 1991; Whereas in tribute to this great spiritual leader, `the rebbe’, this, his ninetieth year will be seen as one of `education and giving’, the year in which we turn to education and charity to return the world to the moral and ethical values contained in the Seven Noahide Laws; – GOOGLE “Public Law 102-14″, Library of Congress

The Rabbi’s Anti-Gentile Bigotry In Context

Jewish Fundamentalism in Israel by Israel Shahak and Norton Mezvinsky 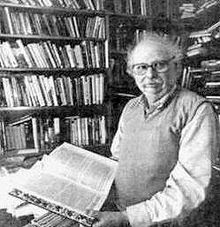 Israel Shahak (Hebrew: ישראל שחק‎; born Himmelstaub, April 28, 1933 – July 2, 2001) was a Polish-born Holocaust survivor and Israeli professor of chemistry at the Hebrew University of Jerusalem, known especially as a liberal[1] secular political thinker, author, and civil rights activist. Between 1970–1990, he was president of the Israeli League for Human and Civil Rights and was an outspoken critic of the Israeli government. 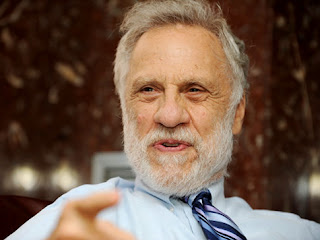 Norton Mezvinsky (born 1932) is an American historian, professor, and author. He is a Distinguished University Professor, Emeritus, Central Connecticut State University and is the president of the International Council for Middle East Studies, an academic think tank in Washington, D.C. He has written numerous published books, articles and book reviews that deal with various aspects of the Arab-Israeli conflict and Zionism

Rebbe," Rabbi Menachem Mendel Schneerson, who headed the Chabad movement and wielded great influence among many religious Jews in Israel as well as in the United States. Schneerson and his Lubovitch followers are Haredim; nevertheless, they involved themselves in Israel's political life and shared many concepts with Gush Emunim and the NRP. The ideas of Rabbi Schneerson that appear below are taken from a book of his recorded messages to followers in Israel, tided Gatherings of Conversations and published in the Holy Land in 1965. During the subsequent three decades of his life until his death, Rabbi Schneerson remained consistent; he did not change any of the opinions. What Rabbi Lubovitch, Hassidic belief.

Scheerson taught either was or immediately became official,
Regarding the non-Jew the Lubovitcher Rebbe's views were clear even if a bit disorderly: "In such a manner the Halacha, stipulated by the Talmud, showed that a non-Jew should be punished by death if he kills an embryo, even if the embryo is non- Jewish, while the Jew should not be, even if the embryo is Jewish. As we [the talmudic sages] learn from Exodus 22:21, beginning with the words 'and if any mischief will follow.'" This quoted verse is a part of a passage beginning in verse 21, describing what should be done "if men strive and hurt a woman with child," thus Lubovitcher Rebbe, says in full: "And if any mischief will follow, damaging the embryo. Verse 22, whose beginning is quoted by the the wording "life for life" instead of "soul for soul.") The above then you shall give soul for soul." (Some English translations use The Lubovitcher Rebbe continued: stated difference in the punishment of a Jew and a non-Jew for the same crime is common in the Talmud and Halacha.

do not have a case of profound change in which a person is merely The difference between a Jewish and a non-Jewish person stems from the common expression: "Let us differentiate." Thus, we on a superior level. Rather, we have a case of "let us differenti- ate" between totally different species. This is what needs to be said about the body: the body of a Jewish person is of a totally different quality from the body of [members] of all nations of the world ... The Old Rabbi [a pseudonym for one of the holy Lubovitch rabbis] explained that the passage in Chapter 49 of Hatanya [the basic book of Chabad] : "And you have chosen us" [by God], because a choice is thus made between outwardly [the Jews] means specifically that the Jewish body was chosen similar things. The Jewish body "looks as if it were in substance similar to bodies of non-Jews," but the meaning ... is that the bodies only seem to be similar in material substance, outward look and superficial quality. The difference of the inner quality,

however, is so great that the bodies should be considered as completely different species. This is the reason why the Talmud states that there is an halachic difference in attitude about the bodies of non-Jews [as opposed to the bodies of Jews]" "their bodies are in vain." ... An even greater difference exists in regard to the soul. Two contrary types of soul exist, a non-Jewish soul comes from three satanic spheres, while the Jewish soul stems from holiness.

As has been explained, an embryo is called a human being, because it has both body and soul. Thus, the difference between a Jewish and a non-Jewish embryo can be understood. There is also a difference in bodies. The body of a Jewish embryo is on a higher level than is the body of a non-Jew. This is expressed in the phrase "let us differentiate" about the body of a non-Jew, which is a totally different kind. The same difference exists in the soul of a non-Jewish embryo. We therefore ask: Why should regard to the soul: the soul of a Jewish embryo is different than a non-Jew be punished if he kills even a non-Jewish embryo while a Jew should not be punished even if he kills a Jewish embryo? The answer can be understood by [considering] the general difference between Jews and non-Jews: A Jew was not created as a means for some [other] purpose; he himself is the purpose, since the substance of all [divine] emanations was created only to serve the Jews. "In the beginning God created the heavens and the earth" [Genesis 1:1] means that [the heavens and the earth] were created for the sake of the Jews, who are called the "beginning." This means everything, all developments, all discoveries, the creation, including the "heavens and the earth - are vanity compared to the Jews. The important things are the Jews, because they do not exist for any [other] aim; they themselves are [the divine] aim."

After some additional cabbalistic explanation the Lubovitcher Rebbe concluded:
Following from what has already been said, it can be understood why a non-Jew should be punished by death if he kills an embryo between the embryo and a [baby that was] born is that the and why a Jew should not be punished by death. The difference either it is subsidiary to its mother or to the reality created after embryo is not a self-contained reality but rather is subsidiary; In its present state the purpose is still absent. A non-Jew's entire birth when the [divine] purpose of its creation is then fulfilled. reality is only vanity. It is written, "And the strangers shall stand and feed your flocks" [Isaiah 61:5]. The entire creation [of a non- Jew] exists only for the sake of the Jews. Because of this a non-Jew

should be punished with death if he kills an embryo, while a Jew, whose existence is most important, should not be punished with death because of something subsidiary. We should not destroy an important thing for the sake of something subsidiary. It is true that there is a prohibition against [hurting] an embryo, because it is something that will be born in the future and in a hidden only when visible matters are affected; as previously noted, the form already exists. The death penalty should be implicated embryo is merely of subsidiary importance.

Posted by Just Another Hindu at 9:49 PM