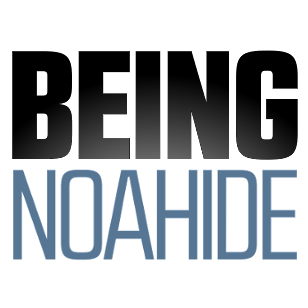 How exactly does one become a Noahide?  Most Jewish experts usually consider a person a Noahide after they have made a vow to follow the Jewish Noahide Laws under the guidance of a Rabbi.  However, it seems as though there is much debate as to whether a person needs a Rabbi or not to become or Noahide or to work for the acceptance of Noahide Law.  According to Jewish tradition, the Noahide Laws were practice by the people after Noah and before the creation of Israel. The people of Babel are said to have been punished because they did not follow the Noahide Laws, and there was no Israel and no Jews at that time so it would seem that non-Jews should be attempting to create a Noahide state with or without the guidance of Jews.

Today there are many Noahides and Noahide organizations which openly proclaim who and what they are, however, just like with any ideology, some people and groups are not as public with their agendas.  What is a pre-Noahide?  Though the term pre-Noahide does not exist in Judaism it serves to identify a certain type of person who has not yet officially become a Noahide but is one for all intensive mental, emotional and spiritual purposes.  We have all had the experience where we encounter an idea we have never heard of before, but as soon as we learn of it we immediately know it is for us, that we resonate with it, and we are here to advance and defend it.

A pre-Noahide is someone who has not heard of the Noahide Laws until the moment you bring it up, but as soon as they learn of them they know they agree with them and must defend them at all costs. Some pre-Noahides will go on to make formal oaths before Rabbis, but some will simply remain self-radicalized.  Those who choose not to specifically state they are Noahides but advance the Noahide agenda regardless can be called crypt-Noahides. Here is how to spot them:

Signs someone is a pre-Noahide/crypto-Noahide:
MORE TO COME

Posted by Just Another Hindu at 1:18 PM