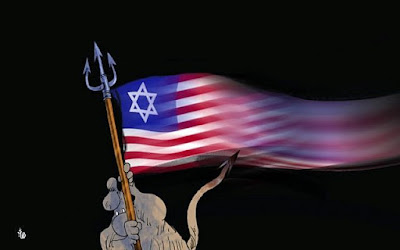 The seventh and final law of the Seven Jewish Noahide Laws (Public Law 102-14) is to “appoint courts of justice”. But what kind of American courts would uphold Jewish law?  According to the reputable Jewish legal source the Mishneh Torah (aka Rambam) written by the famous Jewish scholar Maimonides, non-Jews are to set up “theocratic courts” whose judges are learned in “Torah” and who do no “pervert” the law with secular logic.  Non-Jews who fail to set up theocratic Jewish Noahide courts in their nations are subjected to mass execution.  If this were not enough, it may (or may not) be required for non-Jews to appoint theocratic kings among themselves who will ensure that the nation is upholding Noahide Law.  The United States was founded upon the principle of separation of Synagogue and state, so what is such a law as Public Law 102-14 doing in our federal legal system? Jewish Noahide Law advocates who have promoted decapitation as the form of execution in the USA (Jewish Noahide Law prescribes decapitation) have received letters of praise from Supreme Court judges and Presidents in regards to Jewish law. (here)

The Noachidæ are required to establish courts of justice in every city and province; and these courts are to judge the people with regard to the six laws and to warn them against the transgression of any of them – Noahide Law, 1906 Jewish encyclopedia

A note about the Rambam, a respected law book

The references below are quoted from the “Rambam”. Look up “Rambam” in the Jewish Virtual Library and you will find that it is the nickname for a Jewish scholar named Maimonides. “Maimonides’s full name was Moses ben Maimon; in Hebrew he is known by the acronym of Rabbi Moses ben Maimon, Rambam.” Maimonides was the first person to write a systematic code of all Jewish law, a book called the Mishneh Torah, he also served as leader of Cairo Egypt’s Jewish community. (Maimonides, Jewish Virtual Library). Often times the Mishneh Torah is published as “also known as Rambam”.  The Rambam is one of the most highly respected sources on Jewish law among Jews.

Non-Jews are to establish “theocratic courts”. Non-Jews who do not appoint Noahide judges are warred upon and killed in mass

To appoint judges Application to gentiles: Required Mandated punishment for violation: From Heaven, at minimum
Brief description:To establish theocratic courts and appoint judges in every city and district. The job of the judges is not only to enforce the entire body of Theocratic Law, but also to teach the people their responsibilities under that law, and even to enact new rules when needed to counteract various types of evil. This commandment also includes the obligation to institute police who patrol the streets and inspect people’s activities, enforcing the law and arresting violators.
A nation that does not establish law and order, or whose courts pervert justice or do not follow the principles of the Noahide Laws for gentiles, ultimately receives Divine punishment in the form of war — and may even be liable to death penalty en masse, according to at least one opinion of the Jewish sages.
Category: Justice Commandments Biblical source(s) (Rambam): Deut. 16:18; Num. 11:16 Biblical source (Sefer HaChinuch): Deut. 16:18
Number in Sefer HaChinuch: 491 Sources explaining relevance to gentiles: (See bibliography)
Ramban, Bereishis 34:13 Gentiles are only executed for violating negative mitzvos, not for failing to appoint judges, though they are certainly obligated to do so.
Rambam, Mishneh Torah, Melachim 9:14 Gentiles are liable to death penalty for failing to appoint judges, and for failing to judge cases; example is given of the slaughter of Shechem by Levi and Shimon.

Noahide courts execute all “sins” via decapitation, Jews are not decapitated for all sins, it depends on the transgression

To execute certain transgressors by the sword Application to gentiles: Required Mandated punishment for violation: From Heaven, at minimum
Brief description: To execute by decapitation those who are convicted of committing certain sins. The procedure of decapitation is usually carried out by the sword. This penalty is carried out by Jewish courts for particular sins, whereas it is the only method of capital punishment carried out by gentile theocratic courts, regardless of the crime under the Noahide Laws.
Category: Justice Commandments Biblical source(s) (Rambam): Ex. 21:20 Biblical source (Sefer HaChinuch): Ex. 21:20 Number in Sefer HaChinuch: 50 Sources explaining relevance to gentiles: (See bibliography)
Rambam, Mishneh Torah, Melachim 9:14 Under the Noachide Laws, execution is only by decapitation by the sword.
Talmud Bavli, Sanhedrin 57b Tanna d’vei Menasheh holds that gentile execution is by strangulation, not decapitation (the opinion of R. Yishmael); this opinion interprets a Torah verse (Gen. 9:6) in such a way as also to permit abortions to gentiles (the two opinions being intrinsically linked).
Tosafos, Talmud Bavli, Sanhedrin 59a (“Leika mida’am…”) The Tosafos accept the ruling (of R. Yishmael) that abortion is forbidden to gentiles as being murder (thus implicitly also accepting the opinion of R. Yishmael that gentile death penalty is by decapitation).
Kesef Mishnah on Rambam, Mishneh Torah, Melachim 9:14 Agrees with Rambam’s ruling on decapitation vs. strangulation, citing passages in the Gemara in which the ruling is the same.

Source: To execute by the sword, Hasidic University, Retrieved from http://www.hasidicuniversity.org/index.php?page=hu_theocracy/mitzvah_profile.php?mitzvah=226

Not to deviate from Torah standards in judging liabilities and guilt Application to gentiles: Required Mandated punishment for violation: Death penalty
Brief description:For a judge not to deviate from the rules and principles of Torah’s Theocratic Law in judging cases, substituting neither his own “common sense” nor conflicting ideas from any other ideology, philosophy, or religion in rendering verdicts. A gentile judge who deliberately perverts justice for any reason receives death penalty.
Category: Justice Commandments Biblical source(s) (Rambam): Lev. 19:15 Biblical source (Sefer HaChinuch): Lev. 19:15 Number in Sefer HaChinuch: 233 Sources explaining relevance to gentiles: (See bibliography)
Ramban, Bereishis 34:13 Death penalty for gentile judges who pervert justice.
Rambam, Mishneh Torah, Melachim 9:14 Gentile society as a whole is liable to death if its judges fail to prosecute justice properly.

Source: Do not deviate from Torah Law, Hasidic University, Retrieved from http://www.hasidicuniversity.org/index.php?page=hu_theocracy/mitzvah_profile.php?mitzvah=-273

Do no appoint judges who are not Torah scholars

Not to appoint judges who are not Torah scholars Application to gentiles: Required Mandated punishment for violation: From Heaven
Brief description:
Not to appoint judges by any criteria except whether they are experts in the rules of Theocratic Law and are G-d-fearing Hasidic Gentiles who themselves follow the Noahide Laws and their derivatives. This commandment includes the obligation of judges to become experts in other fields of knowledge, such as science or mathematics, as is necessary to carry out justice. Judges who do not meet all these criteria will pervert justice and bring Divine judgment on the entire nation. Examples:
Not to endorse, back, or vote for judges who are not genuine Hasidic Gentiles who support true theocracy.
For judges not to rely on “expert witnesses” to tell them what is the truth in a medical, scientific, or other technical field of knowledge, but rather to study the field themselves and determine on their own what the true facts are.
Category: Justice Commandments Biblical source(s) (Rambam): Deut. 1:17 Biblical source (Sefer HaChinuch): Deut. 1:17 Number in Sefer HaChinuch: 414 Sources explaining relevance to gentiles: (See bibliography)
Rambam, Sefer HaMitzvos -284 Failure to appoint judges with sufficient Torah knowledge leads to perversion of justice (which is forbidden to gentiles).
Rambam, Mishneh Torah, Melachim 9:14 The obligations of gentile judges including warning the people (i.e., teaching, implying they must have knowledge to teach).
Rambam, Mishneh Torah, Melachim 10:1 Knowing the halachos of the Noachide laws requires learning.
Ramban, Bereishis 34:13 Gentile judges are required to know an entire body of halachos by which to judge cases, similar to the equivalent rules in Jewish law.
Rambam, Mishneh Torah, Sanhedrin 2:1 Jewish judges must know not only Torah, but also secular wisdom such as medicine, mathematics, astronomy, idolatrous rituals, etc. (wisdom that is learned outside of Torah and is thus easily accessible to gentiles); this wisdom is necessary to make proper judgments.
Source: Judges must have Torah knowledge, Hasidic University, Retrieved from http://www.hasidicuniversity.org/index.php?page=hu_theocracy/mitzvah_profile.php?mitzvah=-284

To appoint a king Application to gentiles: Often required, sometimes optional Mandated punishment for violation: From Heaven
Brief description: For the people to appoint a king over themselves whom they revere, obey, and honor as his servants. Within certain limits, the king has the G-d-given authority to make decrees that do not contradict or interfere with the commandments of Theocratic Law, and to execute anyone who disobeys such decrees. Theocratic Law includes the details that define whether a gentile king’s rulership is legitimate or not, what are the limits of his powers, and what his responsibilities are.
This is an obligation on the Jewish people when they settle the land of Israel. It may not be an absolute requirement for gentiles, but since the purpose of having a king is to unify the people to overcome those challenges that the court system cannot solve on its own — namely, establishing justice in the face of serious opposition and waging war against attacking enemies — the appointment of a strong king becomes mandatory at times. Non-monarchical forms of government tend to be too weak to withstand assault by the forces of evil; republics dissolve to become democracies, and democracies in turn easily collapse in the face of anarchist revolution and the seizure of power by Satanic nihilists. But for a king to be a unifying force that can save the nation, his rule must be accepted by the people — the very purpose of this commandment.
Category: Justice Commandments Biblical source(s) (Rambam): Deut. 17:15 Biblical source (Sefer HaChinuch): Deut. 17:15 Number in Sefer HaChinuch: 497 Sources explaining relevance to gentiles: (See bibliography)
Rambam, Mishneh Torah, Avodim 9:4 Gentile kings may wage defensive wars in which they take captives and authorize plunder, impose taxes, institute various laws as needed, and establish punishments such as enslavement; their law is legitimate law (i.e., they have most of the same general powers as Jewish kings).

Source: Appoint a theocratic king, Hasidic University, Retrieved From http://www.hasidicuniversity.org/index.php?page=hu_theocracy/mitzvah_profile.php?mitzvah=173
Posted by Just Another Hindu at 6:04 AM