Ben Shapiro tries to convince Christians of the Noahide Laws, but that would lead to their decapitation 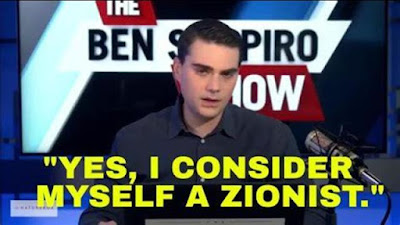 
Ben Shapiro is a popular Amerian conservative commentator.  In a two-part article published in www.TownHall.com, Shapiro tried to convince American Christians that the practice of their religion is good for America because it follows most of the Jewish Noahide Laws which are "obligatory" for non-Jews. Shapiro entices Christians with such ideas as the Noahide Laws outlawing "sexual immorality", though he did not mention that it would lead to the death penalty for homosexuality which Jews are generally assumed not to practice (here) or that it is much easier to convict women and non-Jews for adultery than it is Jews; in fact, Jewish men may have sex with any non-Jewish woman, even if she is married, the only time a Jewish man is convicted of adultery is if  he has sex with the wife of another Jew (here). Shapiro also mentions the Noahide prohibition against idolatry and refers to the practice of using physical objects in worship which is generally viewed with disfavor by Christians, however, he does not mention that Christianity is considered idolatry under Noahide and that Jesus is said to be a blasphemer, a sexual pervert and a sorcerer (here). Shapiro also lets his audience know that improper "ideology" is also idolatry and he mentions Communism and Nazism, but any ideology pronounced "false" by Rabbis would lead to the death penalty, what other ways of thinking would the Jews outlaw? Shapiro calls upon the innate morality of his audience, that like them, the Noahide Laws prohibit theft and murder, yet the Talmud provides legality for Jews to murder and steal from non-Jews (here). Finally, after these omissions, Shapiro reveals the last Noahide Law which is to establish courts to enforce these laws; these courts would be endowed with the authority to behead non-Jews who did not comply. What allowed Ben Shapiro to lie when he said Judaism believes Christianity is good for America when the Noahide Laws obviously condemn Christians as idolators fit for execution? The Talmud provides a legal proxy for Jews called "Kol Nidre" which allows them to lie at any time if they feel threatened or must conceal their intentions (here). According to US Public Law 102-14 which was signed in 1991, the Jewish Noahide Laws are the basis on which the American nation was founded and that it is our responsibility and promise to bring the nation and the world back to the practice of the Noahide Laws through education (here).

Unlike other religions, Judaism does not seek converts. In fact, Jews are required to discourage non-Jews from converting. Also, unlike other religions, Judaism does not bar the gates of heaven to non-members. Jewish thought says that God does not care only about the Jews -- the billions of non-Jews worldwide have obligations to fulfill as well. While Jews are obligated to fulfill 613 commandments (mitzvot), Judaism says that non-Jews earn a place in the world to come (olam haba) by adhering to seven simple rules, known as the Noahide Laws.

Six of the Noahide Laws were given by God to Adam and Eve in the Garden of Eden. The seventh was given to Noah after the flood. Because the entire set of laws was not completed until Noah's time, Judaism refers to the laws as the Noahide Laws.

The first three Noahide Laws concern interactions between humans. God designed a world where human interaction plays a primary role. If human interaction must consume most of our time, and the goal of life is to become closer to God, then God clearly means for us to elevate our interactions and, by doing so, draw near to him.

The first of the Noahide Laws prohibits sexual immorality. The source for this Law can be found in Genesis 2:24: "Therefore a man shall leave his father and his mother and cling to his wife and they shall become one flesh." Several prohibitions are derived from this biblical statement. Homosexuality is forbidden, both for males and for females, since the goal of human relationship is a man-woman relationship for the purpose of having children. Even if a male-female couple cannot have children, their relationship still carries with it the godly seal. As Rabbi Yirmeyahu Bindman, author of an authoritative book on the subject, writes, "(homosexual relationships) remain empty of all the transcendence that correctly addressed love receives from above."

This lack of transcendence applies to other relationships as well. Adultery is banned by the Noahide Laws, as are incest and bestiality. Premarital sex is frowned upon, since it cheapens the act of sexual intimacy.

Because male-female relationships have the ability to transcend the physical, the Noahide Laws frown upon celibacy. God created the sex drive for a reason. The rabbis teach: "Do not talk to God and think of a woman; talk to a woman and think of God."

It should be noted that a heterosexual marriage does not guarantee a relationship that transcends the physical and brings the couple closer to the divine. Jewish thought makes it clear, however, that any other type of sexual relationship must by necessity lack the ability to approach godliness.

The second Noahide Law is the most obvious -- it prohibits murder. The source of this law is founded in Genesis 9:6: "Whoever sheds the blood of man, by man shall his blood be shed." Not only does this verse ban murder, it clearly gives mankind the responsibility of punishing murder. The death penalty is the prescribed method of punishment. The Noahide Law against murder carries over to the unborn. Unless the mother's life is in danger, it is considered murder to abort the baby. Euthanasia is also banned; man is given the opportunity to communicate with God from an earthly level for only a short period of time, and this period must never be shortened. This law classifies suicide as murder for similar reasons.

Property ownership is the subject of the third law, which prohibits stealing. The source for this restriction is God's command to Adam and Eve: " ... of the tree of knowledge of good and evil you shall not eat, for in the day that you eat of it you shall surely die"(Genesis 2:17). When Adam and Eve eat from the tree of knowledge, they consume property that is not theirs. This is the essence of theft.

These are the first three Noahide Laws: no sexual immorality, no murder and no stealing. In next week's column, the final four Noahide Laws will be explained. Even after studying the first three, however, it is clear that American Christianity brings non-Jews closer to their godly mission.

The first three Noahide Laws -- no sexual immorality, no murder and no stealing -- concern interactions between human beings. The next two revolve around man's direct relationship with God.

The fourth Noahide Law prohibits idolatry. The Bible states in Genesis 2:16: "And God commanded the man, saying ... " The fact that God himself commanded the man implies that man must be subservient only to God.

Idolatry includes substitution of any idea or object in God's stead. In today's age, it is rare to find any large group of people openly worshipping physical objects. Different types of idolatry have emerged. Some people worship money above all else. Some worship nature. Some people worship their own appetites. The most common idolatry is the worship of human intellect. This idolatry is often expressed through mass movements. Communism and Nazism are recent examples. Worship of ideology often takes on an openly idolatrous character. Communism deified V.I. Lenin and Josef Stalin, Nazism Adolf Hitler, and Baathism Saddam Hussein.

The fifth Noahide Law condemns blasphemy, cursing God with the use of his name. This prohibition is expressed in Leviticus 24:16: "One who pronounces blasphemously the name of God ... stranger and native alike ... " God created the faculty of human speech in order to allow man to communicate with God through prayer, as well as to elevate interpersonal relationships. Blasphemy is the ultimate misuse of this faculty. Because speech is such an important part of God's world, it must be used for higher purposes.

The sixth Noahide Law bans eating meat from a live animal: "But flesh; with its soul its blood you shall not eat"(Genesis 9:4). This seems like an odd commandment among the other, more obvious commandments. Yet this commandment is just as important as the other six, especially because of the care required in following it. Eating meat from a live animal betrays a barbarism, a rapaciousness extending to all walks of life. While the Bible clearly gives man dominion over the animal world, it prohibits man from devolving to the level of animals. Meat must not be removed from an animal until that animal is completely dead and has stopped moving.

The seventh and final Noahide Law constitutes the only positive law: Courts of law must be established to enforce the other six Noahide Laws. The courts must be dedicated to carrying out a higher will. As long as these courts adjudicate civil and criminal cases, they fulfill their duty. They must not punish actions permitted by the Noahide Laws.

Courts do not fulfill their requirement if they become corrupt. Judges may not take bribes of any form. When more than one judge is sitting on the same case, no judge may openly assess the case -- the other judges could be influenced.

The Noahide Laws provide the formula for a better world. Imagine a world with no Enron, no Mafia, no satanic cults. Imagine a world where people use the faculty of speech for its highest purpose, where rapacity and ego are tamed, where the innocent are acquitted and the guilty punished. The Torah commands such a world. American Christianity brings such a world closer to reality.

American Christianity binds its adherents to most, if not all, of the Noahide Laws. Why shouldn't Jews rejoice when Christians practice their faith? Observing Christianity often means fulfilling the obligations of the righteous non-Jew. May Jews and non-Jews alike serve the Creator in the way God meant them to, and may we share the fruits of our labors both in this world and in the world to come.

Posted by Just Another Hindu at 7:43 AM