Are Noahides obligated to follow the 613 laws of Judaism as well? 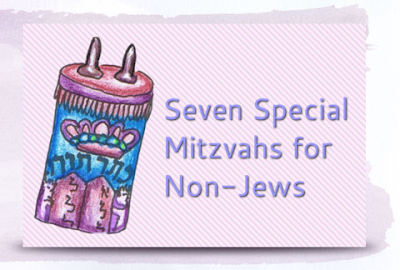 If you travel in Jewish circles long enough, you will come across the argument that Noahides are only obligated to follow the seven Noahide Laws, and that Jews have special privileges, such as needing two witnesses to convict them of a crime rather then the one for Noahides, because Jews are obligated to follow so many more laws (613) and that this arduous task come with its own rewards. However, there is a debate among rabbi as to whether or not non-Jews are obligated to follow only the seven Noahide laws, or all of Jewish obligations. Depending on which rabbis are at the helm, non-Jews could find themselves living under an even more harsh regime than previously expected.

Lily and Parents: A Halachic Analysis
By Rabbi Yair Hoffman for 5TJT.com
May 12, 2020

There is a viral video going around featuring an adorable two year old girl named Lily.  Lily had apparently touched the food of the family dog, Jude, and is accused of such by her mother.  The young girl vehemently denies such action on her part.  The girl is then accused by her father of touching the food and Lily denies it once again.

The actions of Lily in regard to denying to both of her parent’s her touching Jude’s food bring up some interesting points in Halacha.

The Torah tells us in Sefer Vayikra 19:3:  “Ish imo v’aviv tira’u – One should demonstrate fear or “awe” of one’s mother and father.”  In halachic terms this concept is called, “Moreh” The Sifra is part of a work called the Midrash halacha.  It is the oldest commentary on the book of Vayikra.  The Sifra elaborates upon what “Moreh” means with three examples:  Do not sit in his place.  Do not speak in his place.  Do not contradict his words.  Our focus is on the Sifra’s third example.  The halacha is cited in Yoreh De’ah 240:2.

IS A BEN NOACH OBLIGATED IN KIVUD AV V’AIM?

The question arises as to whether the laws of honoring parents are fully applicable to non-Jews or are they strictly voluntary?

THE VIEW THAT IT IS VOLUNTARY

The Talmud Kiddushin 31a seems to imply that they are voluntary.  Indeed, the Gemorahs in Nazir 61a and Sanhedrin 56b state so explicitly.  It seems that they are also not included in the seven Noachide laws.  This is clearly the position of the Ohr Sameach (Hilchos Mamrim 5:1), the Beis Hillel on Yore Deah 241:9, the Kli Chemdah (Parshas Yisro 7) the Shoel uMaishiv in his Divrei Shaul (Rav Shaul Nathanson – Mahadurah Revii p. 3 on BaMidar), and Rav Shlomo Klueger in his Chochmas HaTorah (parshas Vayechi p. 106).  Rabbi Akiva Eiger in his Gilyon on Shulchan Aruch (241) implies that it was voluntary as well [he uses the term “nimuseihem – etiquette” which might imply either way] .  The Lubavitcher Rebbe ob”m (Igros Kodesh Vol. III p. 106) also writes that it seems to be voluntary. Rav Elyashiv zt”l is cited in Amudo Shel Olam (p. 344 by his grandson as holding that it is also not obligatory).

THE VIEW THAT IT IS OBLIGATORY

On the other hand, the Midrash Tanchuma (Parshas Noach 16) states that a gentile is, in fact, commanded in observing these laws. This is also the view of the Midrash in Bereishis Rabbah 39:7 and 76:2.  Rashi in Bereishis 29:11 regarding Elifaz being told to kill Yaakov also holds that it is obligatory.

The Teshuvos Binyomin Ze’ev (#169) also holds that a Ben Noach is obligated in Kuvud Av v’Aim. Rav Ovadiah Yoseph zt”l in his Yalkut Yoseph Vol. I p.341also concludes that it is obligatory.

There are a number of possible reasons for a Ben Noach to be obligated in Kivud Av v’Aim.

There are at least six sources that explain that gentiles are fully obligated in all of the Mitzvos Sichlios (rationally derived commandments) Rav Nissim Gaon in his introduction to Shas, Rabbeinu Bachya Bereishis 18:20, the Rashbam (ibid), Chezkuni (7:21),Rav Chaim Volozhin in his Ruach Chaim on Pirkei Avos 5:10, and the Netziv in his approbation to the Chofetz Chaim’s Ahavas Chessed.   By the same token, the Roke’ach in Siman 366 writes that a Ben Noach is obligated in building a Maakeh – a parapet around his roof.

NOT BEING AN INGRATE

Rav Moshe Feinstein in Igros Moshe YD Vol. II #130 has a different approach.  He writes, in an attempt to resolve a contradiction in the Rambam, that Bnei Noach are obligated in Kivud Av v’Aim on account of a prohibition of being an ingrate which is universally binding.  This is seen from the fact that, according to the Midrash, Adam HaRishon was punished not for eating from the forbidden Aitz HaDaas but rather for his expression of ingratitude.

Alternatively, the Tosefes Ben Yechiel suggests that only negative Mitzvos are included in the list of seven – but positive Mitzvos are not counted – in accordance with the Gemorah in Sanhedrin 58b.

JUST FOR THE MOTHER

The Pardes Yoseph (Dvarim 5:16) rules that a Ben Noach is perhaps only obligated in Kivud Aim and not Kivud Av – since the obligation of Kivud Av is on account of a majority assumption that the husband is the father (See Chullin 11b).  This is based upon a Pri Magadim (YD 62) that we do not use a Rov regarding a Ben Noach.  This is also the position of the Maharsham in his responsum Vol. V #19.

In regard to the issue of whether a gentile is obligated in this Mitzvah – it seems to be a debate among the Poskim – both early and contemporary.

AT WHAT AGE IS A GENTILE OBLIGATED IN MITZVOS?

Another question that is pertinent to our question is at what age is young Lily obligated in her Mitzvos?

Perhaps the most pressing question is, when exactly is a gentile obligated in his or her mitzvos?

It seems that there are three opinions among the Acharonim as to when our theoretical gentile would celebrate this milestone. The Chelkas Yoav (Vol. 1, s.v. “Aval”) indicates that the designated age would be the same as the age at which a Jewish child becomes a bar mitzvah. Thus, according to the Chelkas Yoav, Lily would celebrate her Bas Mitzvah, so to speak, at age twelve.

The Chasam Sofer (in his response on Shulchan Aruch Yoreh Deah No. 184), on the other hand, is of the opinion that since it is generally known that the shiurim (numerical specifications) given to Moshe Rabbeinu at Mount Sinai do not apply to gentiles, the minimal age for mitzvos would also not apply to gentiles. According to this view, a gentile child would be obligated in the seven Noahide laws right away upon birth (with the caveat that they know what they are doing).

The third opinion is that of the Minchas Chinuch (195:5) seems to be of the opinion that it is when the particular child reaches the age of da’as, responsibility. In practice, this would differ from child to child. And what exactly are the criteria that we would apply in order to determine da’as? In regard to financial transactions, the Talmud teaches us that there is something called pautos—when a child is seven or eight years old and his or her sales are generally considered valid. Would this be the criterion that would be applied?

While not issuing a ruling here, one would assume that the couple would probably be directed to follow the opinion of the Chelkas Yoav.

This brings us, however, to another question. Where did the age of thirteen come from in the first place? Also, is this figure a d’Oraisah (Biblical) ruling or is it a rabbinic ruling? If it is rabbinic in nature, then would it also apply to gentiles? (Gentiles, we recall, generally do not have to follow rabbinic laws.)

According to Rashi (Nazir 29b, s.v. “V’Rabbi Yossi”), it is Biblical. How? We do not find anywhere in the Torah where someone less than thirteen years of age is called “ish,” “a man.” We do find, however, that Shimon and Levi were thirteen years old when they wiped out the city of Shechem (see Bereishis 34:25), and the Torah there refers to them using the word “ish.”

The Rosh, on the other hand, rules that the age of thirteen is a halachah handed down to us by Moshe Rabbeinu from Mount Sinai (see his response No. 16).

Finally, we have the opinion of the Baalei Tosefos in Sanhedrin 69a (s.v. “BeYadua”) that the age is a rabbinic approximation of when a child reaches physical maturity. According to this last opinion, our theoretical gentile couple should celebrate the special day in question on the date of their particular child’s becoming physically mature—since rabbinic approximations would not apply to them.

Some may take issue with the fact that this rather long Halachic exposition seems to have been prompted by a viral video, and that may cheapen the concept of a Torah article.  There is a lesson that needs to be conveyed here, however.  The world and everything in it can and must be viewed through the prism of Torah and Halacha.  This is true whether it is historical and or catastrophic events that unfold before us, or even if it is something innocuous or amusing.  When we view everything through Torah – we can only gain.

The author can be reached at yairhoffman2@gmail.com
Posted by Just Another Hindu at 6:18 AM