More Muslim deception - the Noahide Laws are in the Quran? 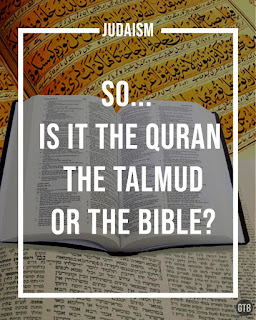 Jews and Noahides are working very hard to convince Muslims that their religion is in compliance with the Noahide Laws (here & here), and in this article one Jew tries to convince Muslims that the Noahide Laws are found in their Quran. This is a similar deception to what Jews and Noahides do to Christians by telling them that the Noahide Laws are found in the book of Acts (here) and were promoted by the apostle Paul (here). However, just as they are deceiving the Christians who are really considered idolaters (here) they are deceiving the Muslims who are also viewed as idolaters quietly (here). But the big story is that any reference to the Noahide Laws in the Bible or Quran is totally incomplete because Rabbis have many many sub-laws and explanations that only come along with the Talmud and other rabbinic commentary... the Bible or the Quran could never stand alone as a truly Noahide text, it is all smoke and mirrors. Also beware of the "shituf" deception, the claim by Jews and Noahides that Noahide Law allows non-Jews to practice some forms of believing in "plural powers" (trinity/pagan polytheism), it is not true and another deception (here).

Additionally, al-Fayyumi finds it critically important to reiterate the Torah's warning that if a prophet comes to change the laws of the Torah, he is not to be seen as a prophet for the Jewish people. Seeing that many of the laws and ideas in Islam are contrary to those of Judaism, and that the language of the Quran is different to that of the Torah, al-Fayyumi holds that a Jew must remain a Jew. However, the fact that the Seven Laws of Noah (a moral code passed down to Noah from God for non-Jews) are stated in the Quran, may suggest that Islam is a Noahide religion for non-Jews.

How should non-Jewish prophets be viewed?
Sina Cohen asks whether the founders of other faiths can be considered divinely inspired


Long gone are the days when Jewish prophets would appear in our communities with a message and a mission from God. The sight of a tall, bearded man draped in robes, galloping through Golders Green Road on his white horse, we just don't see that happen.
According to the rabbis, the era of Jewish prophecy ended over 2,000 years ago, after the return of the exiles from Babylonia. The last Jewish prophet was Malachi and the last demanding words of prophecy are to "remember the Torah of Moses".
But what about non-Jewish prophets; did they exist? Has God previously sent prophets to guide non-Jews?
Parashat Balak, the Torah portion the week after next, introduces us to the non-Israelite prophet Balaam. He communicates with God and is given instructions to thwart the evil wishes of the Moabite King Balak. Furthermore, the Talmud lists six other non-Jewish prophets, who include Adam, Noah and Job.
Although both the Torah and Talmud teach us that God has indeed sent non-Jewish prophets to different nations, the mainstream Jewish view recorded in the Talmud states that after the Balaam tried to destroy the Children of Israel, Moses prayed that the Divine Spirit (a level of prophecy) would never rest on non-Jews again.

Muhammad and Jesus served to clear the way for King Messiah

However, the rapid development of later religions such as Christianity and Islam raises a question about the prophetic status of the initiators of these religions, Jesus and Muhammad. Can Judaism consider them as being prophets for the non-Jewish world?
According to Jewish law, a person is declared a "prophet" by means of the great court in Jerusalem, the Sanhedrin. Since that court was destroyed by the Romans 2,000 years ago, Judaism has given no explicit opinion on Jesus and Muhammad, but only on the movements that were founded in their names.
Nevertheless, there is a minority view which believes that non-Jews can still receive prophecy. It is this position that led Natanel al-Fayyumi, a 12th-century Yemenite rabbi, to suggest that God established an eternal covenant with Moses and the Children of Israel, but that He also established a covenant with Muhammad and the Muslims.
However, according to al-Fayyumi, this does not mean that Jews should become Muslims, for he writes in his book, Garden of Intellects: "A proof that God sends a prophet to every people according to their language is found in this passage of the Quran, 'We sent a prophet only according to the language of his people.' Consequently had God sent a prophet to us [Jews], he would have surely been of our language."
What al-Fayyumi is stressing here is that he believes that the non-Jewish prophet, although a messenger of God, is nonetheless not part of Judaism. According to al-Fayyumi, Muhammad was given prophecies meant for non-Jews, and when God wanted to send a message to the Jews, He sent it with a Jewish prophet.
Additionally, al-Fayyumi finds it critically important to reiterate the Torah's warning that if a prophet comes to change the laws of the Torah, he is not to be seen as a prophet for the Jewish people. Seeing that many of the laws and ideas in Islam are contrary to those of Judaism, and that the language of the Quran is different to that of the Torah, al-Fayyumi holds that a Jew must remain a Jew. However, the fact that the Seven Laws of Noah (a moral code passed down to Noah from God for non-Jews) are stated in the Quran, may suggest that Islam is a Noahide religion for non-Jews.
To say that a non-Jewish prophet like Muhammad was sent by the God of Israel for the Muslims is no doubt a minority view within Judaism. Nonetheless, the notion that God aided Muhammad's mission to turn the people of Arabia from idol-worshipping pagans to monotheistic submitters may be plausible.
The Emeritus Chief Rabbi, Lord Sacks, promotes a similar idea in a much-maligned and controversial paragraph in the first edition of his book, The Dignity of Difference. He wrote, "In the course of history, God has spoken to mankind in many languages: through Judaism to Jews, Christianity to Christians, Islam to Muslims."
This does not necessarily mean that God literally spoke to Christians and Muslims, through the medium of prophecy. It could simply mean that God providentially directed the founding of thosereligions.
This is not a radical idea but something that the Rambam himself alludes to in his corpus of Jewish law, Mishneh Torah: "Muhammad and Jesus served to clear the way for King Messiah, to prepare the whole world to worship God with one accord." That, in itself, like many other things facing modern-day Judaism, is not particularly controversial, even if it is not accepted by the Jewish masses.
With topics of even greater importance requiring attention and resolution, the need for a Sanhedrin has never been greater. Until then, we can only rely on assumptions, like many before us.
Posted by Just Another Hindu at 11:43 AM