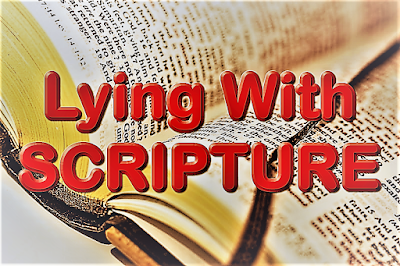 It is alarming that both Jews and even some members of the Christian community are trying to deceive everyone into believing that the Noahide Laws, in their entirety, come from the Bible (book of Acts and Genesis)  and not just from the Talmud and rabbinical tradition. Even the Catholic Church has officially signed onto the misdirection (here). However, in one ray of light, the 18th century Jewish philosopher Moses Mendelssohn in his works made it clear that the Noahide Laws in totality cannot be derived from the Bible but come from "Jewish tradition".

Mendelssohn added that the Noahide laws are seemingly not learned by exegesis – there is no clear-cut Biblical reference to them – but only through the Jewish tradition.

-
November 14, 2015
In 1773, Moses Mendelssohn, a Jewish philosopher and major figure in the Jewish enlightenment, corresponded with Rabbi Yaakov Emden, a respected rabbi and traditionalist based in Altona, Germany. At issue were the implications of a section in Maimonides’ Laws of Kings which states that non-Jews who observe the Noahide laws, which include prohibitions such as murder, incest and theft, only attain a share in the world to come if they do so because God has given those commandments through Moses. This ruling was approved by the noted halachist Joseph Karo (d. 1575).
Mendelssohn could not accept that a community which had not received revelation, or which did not believe in the Torah, should nonetheless have no opportunity for salvation. Mendelssohn’s piercing words, as translated by Michah Gottlieb, are as follows: “Shall all the inhabitants of the earth from east to west, except for us, be cast into a pit of annihilation and be abhorrent to all flesh if they do not believe in the Torah, which was given as an inheritance to the congregation alone?”
Mendelssohn added that the Noahide laws are seemingly not learned by exegesis – there is no clear-cut Biblical reference to them – but only through the Jewish tradition. He therefore asked, “What then shall be done by the nations on which the light of the Torah has not shone at all?”
Gottlieb explains that Mendelssohn sent the letter because he saw in the rabbi a kindred spirit. Nevertheless, Mendelssohn would find no comfort in the words of Emden. The response by Emden attempted to prove that Maimonides’ position was borne out in the Talmud, though without specifying where, and ignored the concern at the heart of the question. In fact, Emden wrote (as translated by Steven Schwarzschild) that “all the justice and kindness which idolaters practise are sinful, because they act in this manner only in order to magnify themselves.” As Shmuel Feiner writes, Emden was sceptical about the ideas of the Enlightenment. Certainly we could detect signs of that position in the rabbi’s response.
The immediate significance of the exchange, of course, is its historical context and the way the enlightened view of the capacity of reason, particularly when it comes to creating moral systems, is in conflict with the view that the tradition provides all the answers. Indeed, even someone like Emden, who, as Jacob Schacter and others have explored, had moderate views when it came to Christianity, was not on the margins when it came to the issue of the requirements for attaining a share in the world to come
The broader impact of this discussion, however, should reverberate among religious devotees everywhere, and it is a question that is arguably more relevant now, since the ideas of natural theology  – the view that religious precepts can be ascertained from nature alone – are no longer tenable. Maimonides concludes his discussion of how Jews are to treat non-Jews in order to practise “ways of peace” by adding a verse from Psalms 145:9: “God is good to all, and his mercy extend to all His creations.”
Certainly, more than one religion submits to a kind and just God, so this paraphrase of Mendelssohn’s question has a bearing on other religious traditions as well: How are those who never received revelation – not to mention those who have never even been educated within the confines of a religious tradition but who live a righteous life by all accounts  – supposed to achieve eternal bliss? What about them?
Jonathan L. Milevsky is a PhD candidate in Religious Studies at McMaster University in Hamilton, Ont.
Posted by Just Another Hindu at 9:41 AM