Some Jews see hope for Noahidism in White "Israelism" 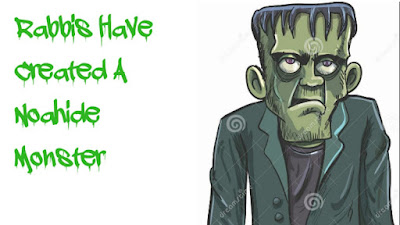 Jews seem to have a prophecy, that before the time of the end, right before their expected "World To Come", there will be mass conversions of non-Jews to Noahidism and even Judaism.  Jews have been working to make this prophecy happen and it is obviously starting to work. Jews are playing a tricky game with different non-Jews, trying to get them to convert to Noahidism step by step. One strategy has been to tell Muslims that their religion is Noahide compliant (here & here), when in fact this is questionable and many Rabbis have stated that Islam is indeed idolatry (here). Another tactic has been to tell Christians that the apostle Paul promoted the Noahide Laws among non-Jews in the book of Acts (here). Yet another tactic has been to tell Christians and even Hindus that their religions are considered "Shituf" or an acceptable form of worship that is right on the borders of acceptable. This is a deception since Shituf (such as belief in a Hindu deity) is only allowed in theory and not practice (here). However it seems some Jews have another plan, and that is to see White "Israelism" as a market for potential Noahide conversions. White Israelism is the idea that the White European people are actually the descendants of the ten lost tribes of Israel. Some Jews are hoping that this connection believed by some Whites will help usher in the Noahide era... don't underestimate their persuasion and ability to subvert... even of the most unlikely of potential converts.

The doctrine also has elitist strains, as many believe the Lost Ten Tribes are to be found today among white European Christian nations, since they are more ‘blessed’ and prosperous. They often tend to separate themselves from mainstream Evangelicals, believing they are the “True Church.” They also tend to have a superior attitude toward the Jewish people, who after all still reject Jesus – thus they are also the “True Israel.”

No doubt they have tapped into a long line of shaky ‘scholarship’ which purports to trace the movement of the lost tribes into Western Europe. In past generations, this false teaching was known as British Israelism, among other monikers.

In Israel today, some Jews are intrigued by this phenomenon, seeing it as a sign of expected mass conversions of gentiles to Judaism or the Noahide laws in the “last days.”

Ephraimite theory an ‘unsound doctrine’
The doctrine has elitist strains, many believe the Lost Ten Tribes are to be found today among white European Christian nations.
By DAVID PARSONS   OCTOBER 10, 2010

As Christians in unprecedented numbers seek to stand with Israel today and recapture the Jewish roots of our faith, one potential pitfall of this movement is the “Ephraimite doctrine.”


Based largely on a flawed interpretation of the prophetic vision in Ezekiel 37 of the two sticks of Judah and Ephraim being rejoined, this is a mystical belief that many Christian Zionists today are actually descended from the “Lost Ten Tribes of Israel.” They ‘sense’ that God is drawing them back to the Jewish fold through Jesus and their heart-felt love for Israel.

Taken to its extreme, some Ephraimite teachers maintain that, as blood descendants of the ancient Israelites, adherents must observe the Law, thereby departing from the core New Testament belief that salvation is by faith. Some also teach a limited atonement; that Jesus came only for the “lost sheep of the House of Israel.”

The doctrine also has elitist strains, as many believe the Lost Ten Tribes are to be found today among white European Christian nations, since they are more ‘blessed’ and prosperous. They often tend to separate themselves from mainstream Evangelicals, believing they are the “True Church.” They also tend to have a superior attitude toward the Jewish people, who after all still reject Jesus – thus they are also the “True Israel.”

No doubt they have tapped into a long line of shaky ‘scholarship’ which purports to trace the movement of the lost tribes into Western Europe. In past generations, this false teaching was known as British Israelism, among other monikers.

In Israel today, some Jews are intrigued by this phenomenon, seeing it as a sign of expected mass conversions of gentiles to Judaism or the Noahide laws in the “last days.” Some on the Right also see it as a way of strengthening the settler movement, as these Christian Zionists tend to be strong proponents of keeping all the Land. They have even proposed that Ephraimites be allowed to take up residence in the settlements.

But overall, most Israelis aware of the Ephraimite movement see it as yet another reason to question the beliefs and motives of Christian Zionists.

In examining this teaching, it can first be stated that the “myth” of the Lost Ten Tribes is just that – a myth. Nowhere does the Bible state that the Ten Tribes of the northern Kingdom of Israel were totally lost. Scattered? Yes! But they are still largely accounted for in Scripture (save for the ultrarebellious tribe of Dan, which indeed was lost to history).

It is the Jerusalem Talmud which is the source of the myth, and even that cannot be used to support Ephraimite thinking. One passage speaks of a remnant of the 10 tribes still living in self-imposed exile “beyond the Sambayton River.” This mystical river, whose name is derived from Shabbat, referred to a voluntary separation from the Jewish mainstream by placing themselves “beyond” Sabbath observance and other Jewish customs.

No doubt, a small portion of the northern 10 tribes likely drifted off to lands unknown, but the Bible does account for the vast majority, who went through a sifting process whereby the faithful were absorbed back into Judah.

After the northern Kingdom of Israel broke away from the southern Kingdom of Judah, the books of Kings and Chronicles repeatedly tell of many from the northern 10 tribes defecting to the south, even well before the Assyrian assault on Samaria in 722 BCE (recounted in 2 Kings 17 and 18).
Many were still loyal to Jerusalem as the center of worship and pilgrimage, rather than the rival temple set up on Mount Gerizim. Others believed the true successor to King David was in Judah, while Israel’s kings were falling into apostasy. These defections accelerated whenever civil war erupted between the divided kingdoms.

Then as the Assyrians laid siege to the northern tribes, many more fled southward. Archeologists have verified that Jerusalem’s population grew 10 times larger in this brief period due to the influx of Israelite refugees, and a new outer wall was hastily erected to enclose them – a section is still visible along Nablus Road near the US Consulate in eastern Jerusalem.

Then, in the 135 years between the Assyrian invasion of the north and the Babylonian siege of Jerusalem in 586 BCE, more drifted south from the 10 tribes. This was because conquerors in those days would only take the learned nobles and skilled workers into exile, while leaving the leaderless peasantry to work the land and pay tribute (see the similar fate of Judah in 2 Kings 24:10-14).
In his dissertation studies on the subject, author Jack Carstens notes that, curiously, the Encyclopedia Judaica says that only 27,290 Israelites were carried off beyond the Euphrates by the Assyrians.
Of those left behind, some joined lots with Judah while others intermingled with foreigners brought in to colonize the area, giving rise to the shunned Samaritans of the Gospels.

The Bible confirms that many Israelites were left in the Land, and that the kings of Judah even came north and took control of their cities. In 2 Chronicles 30, for example, King Hezekiah invites the remaining Israelites to keep Passover with Judah (See also 2 Chronicles 31:1 and 35:17).
Later, when elements of both Israel and Judah were in captivity, they stayed in contact with each other, and all the royal edicts allowing the return to Zion were passed on to the northern tribes in exile. The books of Esther, Ezra and Nehemiah attest to such interaction, and begin to use the terms “Jews” and “Israelites” interchangeably. The noted Jewish historian Josephus Flavius also documents their contacts in exile, and was still able to account for the 10 tribes as of the first century.

Thereafter, the New Testament writers both assume and affirm that the Jewish people of their day contained significant remnants from all 12 tribes. They also treat the terms Jews and Israel as synonymous.

In one clear example in Acts 26:7, the Apostle Paul uses the present tense in telling King Agrippas: “To this promise our 12 tribes, earnestly serving God night and day, hope to attain.”
James also addresses his epistle to the “12 tribes which are scattered abroad” (1:1). Again, they are dispersed but still accounted for!

Leading Jewish researchers into the fate of the ‘lost’ Ten Tribes, such as the late Rabbi Eliyahu Avichail, have concluded that some indeed drifted west and blended back into the Jewish mainstream, while others drifted eastward and live today in isolated communities stretching from the Kurdish areas of northern Iraq over to Kashmir and Tibet. They number several million, share a strong self-identity as Israelite descendants, use certain Hebrew names and phrases, and often keep certain Jewish traditions, such as the Pashtun tribes in Afghanistan, who light two candles on Friday evenings.

Even so, these scholars concur that the bulk of the Houses of Ephraim (Israel) and Judah were later exiled together by the Romans into the Jewish Diaspora, half of which has now been gathered back together in the Land, forming “one nation… on the mountains of Israel” – just as the Hebrew prophets all agreed they would (Ezekiel 37:22; see also Isaiah 11:12-13; Jeremiah 3:18, 23:6-8 and 31; Zechariah 8:13). From the perspective of the divided and warring kingdoms of their day, this is an amazing accomplishment.

There are two sobering lessons to take from all this. The first is that people can cut themselves off from the move and purpose of God. He gave ample chances for the northern Kingdom to repent and stay with the remnant He was preserving, and yet some chose otherwise.

The second is that we should not take Scriptures with plain meaning and read into them mysteries that aren’t there. The letters of Timothy and Titus exhort us to teach “sound doctrine.” Clearly, the Ephraimite theory doesn’t make the grade.

Parsons is Media Director of the Christian Embassy in Jerusalem
Posted by Just Another Hindu at 8:55 AM