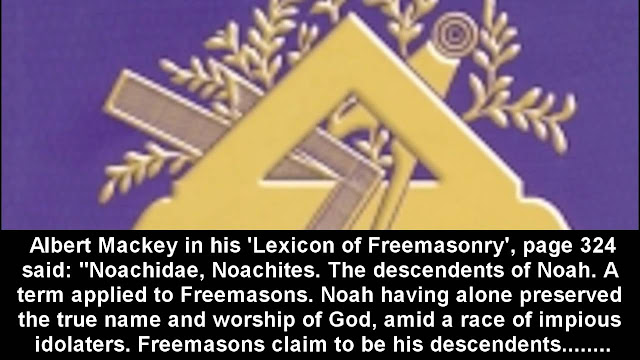 We have already seen how the Freemasons embedded the mandatory nature of the Noahide Laws into their earliest charters and writings (here). Few people know the deep Freemason roots of the American Religions like Jehovah's Witness, Mormonism, Christian Science, Seventh Day Adventist, Scientology and Nation of Islam. For starters, you can read the Freemason links to the Jehovah's Witnesses (I was raised a JW) in the works of Fritz Springmeier; "The Watchtower and the Masons" and "Be Wise As Serpents". In this video I discuss with Jewish commentator and JW researcher Doooovid about how Freemasonry could use such religions for Noahide ends and the eventual ruling of the world for Jerusalem.

Posted by Just Another Hindu at 10:21 AM