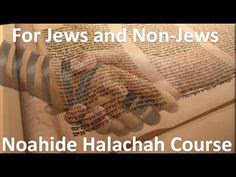 There are many Noahide deceptions out there manufactured by Noahide apologists to keep our suspicions down. One tactic is to say that Noahidism is not a religion, and so therefor they do not break the Establishment Clause in the Constitution which prohibits the government from recognizing any religion. Rabbi Cohen of the Institute of Noahide Code (www.Noahide.org) was responsible for getting the UN to sign onto the Noahides Laws (here); he said that the Noahide Laws were passed in the United States because they were presented as "education" and not religion (here). In this article one Jew named Eugen Schoenfeld tries to tell us the Noahide Laws are not about "faith" but "humanism". The Noahide Laws tell us what kind of relationship we are supposed to have with god, actually their god; we are not allowed to say what we think if we don't like the legalistic god of Israel; our sexuality is also regulated... these are religious laws, there is no humanisitic laws against idolatry, blasphemy or homosexuality. Yet another slight of hand that we must be aware of in this Noahide battle.

Schoenfeld: When the rabbis created the so-called universal laws of Noah in the book of Genesis, they were meant to apply to all people. They realized that there must be a path of humanism not only for Jews, but for the rest of the world. So, these laws were not dealing with faith, they were dealing with the essence of what it means to be human.

Eugen Schoenfeld Reflects on a Long Life
A Holocaust survivor, Schoenfeld, recently discussed his ideas about Judaism and what he has learned in his long life.


Eugen Schoenfeld, who has often written for the Atlanta Jewish Times, survived the loss of most of his family in the Nazi Holocaust of World War II to become a distinguish scholar of the sociology of religion. He is a professor emeritus of sociology at Georgia State University and former chair of the department. Now 93, he recently discussed his ideas about Judaism and what he has learned in his long life.
AJT: What did your experience of the Holocaust teach you?
Schoenfeld: I came out of the Holocaust, not with a desire for revenge, but with a sense of hope that man could rise above that experience.
That hope was founded on two personal experiences that I had. The first came when I was traveling by train with a number of other Jews from one work camp to another.  We were guarded by an SS officer, who looked like the perfect Aryan. He was tall, blond and blue-eyed, all discipline and polished boots, and yet he did something I never expected on that train ride. When we made a stop along the way, he got off the train and brought us water and coffee and made an effort to treat us as human beings. Given all that I had suffered, I found it hard to believe, at first. But that experience taught me that perhaps man, even a hardened Nazi officer, can rise above himself, can rise above what Freud called the Id, our ego state, and become not just human but humane.
The other experience that made such a strong impression on me was when I was working as a slave laborer on a nighttime building project. I was carrying 50-pound bags of cement back and forth to the cement machine and at one point I staggered, my legs buckled, and I almost fell on the ground.
The German who was guarding us saw me, and instead of beating me or even killing me, he came over and took the cement off my back, threw it down and motioned for me to follow him. Then, when we came to a place where he couldn’t be seen, he took out a piece of bread and gave it to me. Instead of sending me back to work with the cement bags, he gave me a broom to sweep with, which probably saved my life.
What it also saved was my sense of hope. It preserved for me the hope that I could survive and the hope of what could be achieved in the depths of the Nazi slave labor organization. What I found was that no matter how far some sunk, others, maybe only a few, retained the capability of empathy and their understanding of other human beings. 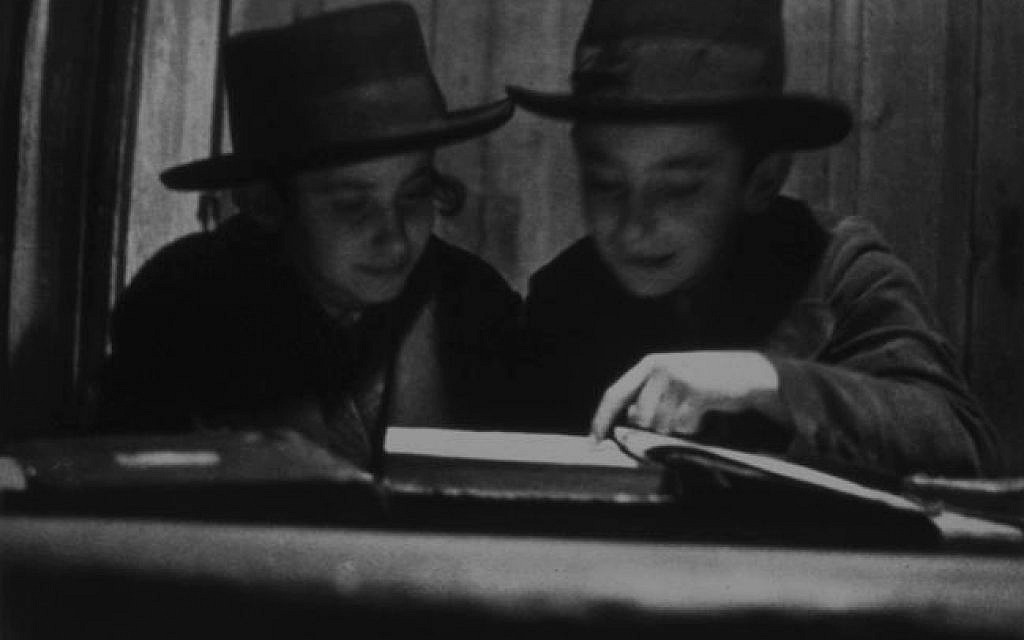 The religious life of his native Munkacs in Czechoslovakia was dominated by an emphasis on tradition.
AJT: How do you believe that we should remember the Holocaust?
Schoenfeld: I don’t want the Holocaust to be remembered as we remember Tisha B’Av, when we sit down and cry and bemoan what happened.
I want the Holocaust to be recognized, in a sense, as part of our historical experience, as the lowest point of human existence that man experienced. And that we must work in the world to rise above that low point of human existence.
The whole notion of tikkun olam, our responsibility to repair the world, lies in the purposeful action by G-d in not completing His creation of the world.
Perhaps the most important part of the Torah is the notion of how we seek to improve ourselves and the world in which we live.
G-d gave us consciousness for a purpose. And that purpose is not to eat this animal or that animal. Or do this or do that law. The real purpose is to make life better. And our understanding of history was always subject to this idea. How can we make life better? 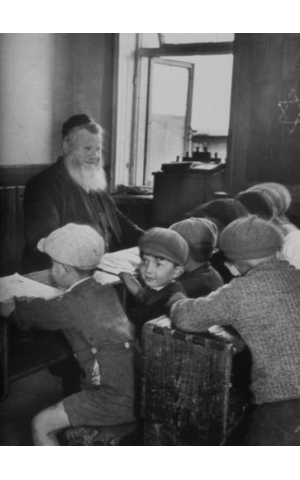 Schoenfeld was educated early in life at the traditional cheder, or synagogue classroom.
AJT: What part does G-d play in making the world a better place?
Schoenfeld: I have been, and I still am, enamored with Judaism. And I want Judaism to fulfill itself not through laws which do not mean anything, a kind of ancient cultic idiocy. For us to think that we must do things for the sake of G-d is a very stupid idea.
I mean if G-d is supreme in everything, he has no needs. Only we human beings have needs. The essence of the Torah and the essence of our rabbinic conceptions is to raise us to some level of empathy with all of humanity.
What we have that is so important is the ancient way of our moral thinking that is rooted in our collective historical experience. To me, this becomes the foundation upon which Jewish philosophy, including theology, should be based.
I want Judaism to shine and to become really a kind of glorious thing of ideas rather than emphasizing that, for some damn reason, G-d wants us to do certain things that make no sense, that we become so committed to ritualism that the original intent of the idea is lost.
AJT: If we say that we don’t have to do anything for the sake of G-d, does that mean that we can ignore the teachings of the Torah?
Schoenfeld: When the rabbis created the so-called universal laws of Noah in the book of Genesis, they were meant to apply to all people. They realized that there must be a path of humanism not only for Jews, but for the rest of the world. So, these laws were not dealing with faith, they were dealing with the essence of what it means to be human.
They were dealing with how we create a better world, how we eliminate pain. If we are going to create an American Judaism for those of us who are, have been, and will remain in the Diaspora, we must create a value system and an ideal that provides a beacon for mankind.
We don’t have to give up the Torah because there are far too great things in the Torah. But we can use the Torah as the foundation for our humanistic Judaism in which our relationship with each other is more important than our relationship with G-d.
We must get away from this junk story that G-d will punish, punish, punish you, as I was taught in my childhood, and come back to the ancient ideas of idealism and the perfectibility of man upon which all Judaism is based.
Posted by Just Another Hindu at 12:50 PM