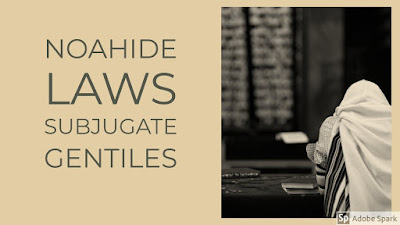 Perhaps you’ve heard: The latest studies on American Jewry’s apathy and even antipathy towards Judaism are in, and guess what: It’s worse than you had imagined, even after Pew.
A Jewish People Policy Institute study, for example, looks at American non-Hareidi Jewish adults—the whole spectrum from Modern Orthodox to unaffiliated—between the prime child-raising ages of 25 and 54. Only 21 percent have a child who is being raised as a Jew by religion. Twenty. One. Percent. (Make that 13% for those under 40.) 1
In other words, eight out of ten young Jewish adults—your Hebrew-schooled, bar- and bat-mitzvahed, synagogue youth, college-educated Jewish kids have grown up. And unlike their parents, or any of their other ancestors going back to Abraham and Sarah, they are choosing not to have Jewish children and families of their own.
Why not? There are lots of elements to these millions of individual decisions to opt out of perpetuating Judaism,
but the bottom line is that nobody has shown them the point in having a Jewish family.
What does that mean for Jewish institutions like synagogues, community centers and day schools? What does it mean for support for Israel? What does it mean about funding for major Jewish organizations and their programs?
Is a population sustainable at a reproduction rate of 21%?

We Found the Culprit!

Everybody agrees that these are urgent questions and concerns and it’s only natural not just to round up the usual suspects, but to look for new culprits, and here’s one:
Tikkun olam.
Tikkun olam was, for a few brief decades, the tried and true feel-good meme—defining without-borders social activism as “the mandate of Judaism”. But some have now identified it as a cause and a culprit in Jewish assimilation and intermarriage.
By making universal issues such as planting trees and defending civil rights the is-all of Judaism, we have diverted and sapped Jewish youth and energy from our own survival as a people.
In many ways, that argument makes sense. If you want to save the whales, you give money to Greenpeace, not Hadassah. If you want to make the economy more equitable, you turn to your congressman, not your rabbi. If you are interested in global anything, you volunteer at UNICEF, not at your local JCC-Y.
If the main thing to being Jewish is fixing an environmentally damaged planet and assisting broken and desperate people wherever in the world they live, why should anyone care for Jewish ritual, Jewish community, or building a Jewish family?
So, those people knocking tikkun olam are right, right? As the adage of Hillel the Elder goes, “If I am not for myself, who will be for me?”2 Jewish people should stop worrying about Muslim refugees from Syria, starving kids in Africa, endangered species, disappearing rain forests and persecuted religious minorities, and start focusing on their own Jewish backyards, right?
Wrong.
Because there’s the rest of the adage: “And if I am only for myself, what am I?”
A Jew has to ask himself: what am I doing in this world? Why am I witness to suffering, injustice and reckless destruction of natural resources, if there is really nothing I can do about it, if it has no relevance to my existence as a Jew?
Tikkun olam is not the problem. Tikkun olam is the solution. The problem is that we’ve fed an entire generation of Jews an ingenuine, shallow version of a great idea.
Ripped from its roots, tikkun olam dries up like cut grass in the sun. As an integral part of the Tree of Life, it provides rich and powerful meaning to all of Jewish teaching and practice.

The Meaning of Tikkun Olam

Broyde was not alone.
Jack Bieler pointed out that “Rabbi Schneerson gave the amorphous concept of participating as role models in the general society even sharper halakhic definition.”
The Rebbe’s argument does not rest on Maimonides alone. The Rebbe asked, “How does Maimonides know this? Where does he get it from?”
His answer is that Maimonides asks a simple question: The Torah was given exclusively to the Jews. If so, why does it discuss how the rest of the world should behave? It could only be that we have responsibility to influence the rest of the world, by whatever means available, to keep these foundational laws.
Now Is the Time
As to the reticence of so many halachic authorities on the subject, the explanation is obvious: Since the rise of Christianity and Islam, any Jewish interference in the realm of beliefs and teachings would have placed whole Jewish communities in grave danger. So, with rare exceptions, we had to keep our mouths shut. Until now.
We live now in a time when the world wants to hear what Judaism has to say. An era when the greatest contribution you can make to society is to sit down to dinner with your family every Friday night.
We live now in a time where nothing can be left behind. If you can find any way to use something for the good, don’t leave it lying in the mud. If you can’t find the good within it, struggle to look deeper.
We live in a time when all the promises of the prophets and sages suddenly appear plausible even through natural means alone—a time void of suffering and illness, a time of peace and harmony.
But it is left up to us to make it happen. The main thing, as the Rebbe so often repeated, is “just do something.”
You can start by raising a Jewish family. A family that sits together in peace and harmony at a Shabbat meal and celebrates the creation of heaven and earth. A taste of the world we are struggling make happen—now.
FOOTNOTES
1.
Sylvia Barack Fishman and Steven M. Cohen, “Raising Jewish Children: Research and Indications for Intervention.”
2.
Mishnah Avot 1:14.
3.
“The Chabad Paradox,” Jewish Review of Books, Fall 2010.
4.
Mishneh Torah, Laws of Kings, chapter 12, halachah 5.
5.
See Tanya, chapter 37.
6.
Mishneh Torah, Laws of Repentance, chapter 3, halachah 4.
7.
See Eric Nelson, The Hebrew Republic, chapter 3: “Hebrew Theocracy and the Rise of Toleration”; Abraham Berkowitz, “John Selden and the Biblical Origins of the Modern International Political System,” Jewish Political Studies Review 6:1–2 (Spring 1994).
8.
“Leket Divrei Torah 5745: Sheva Mitzvot Shel Benei No’ach,” Ha-Pardes 59:9 (1985), 7–11. Note that the version printed in Sha’arei Halachah Uminhag, vol. 3, is riddled with copy errors.
9.
David Shatz, Chaim I. Waxman and Nathan J. Diament, eds., Tikkun Olam: Social Responsibility in Jewish Thought and Law (Rowman & Littlefield, 2005), 135. Broyde opines that the Rebbe’s opinion “is not accepted by most authorities,” but notes (footnote 150), “Of course, Rabbi Schneerson—himself a preeminent authority of Jewish law—is quite within his purview to argue with the overwhelming weight of authorities.”
Posted by Just Another Hindu at 8:29 AM