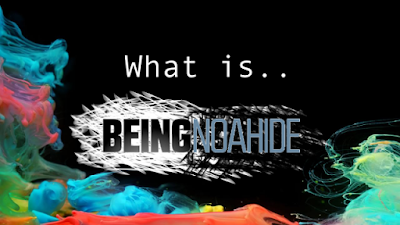 Opinions on Noahide Law are extremely contradictory, it seems each Rabbi has their own interpretation. Some Rabbis say Noahides (non-Jewish converts) are not allowed to celebrate any Jewish festival or create their own festival. In this article, a Rabbi gives his opinion that non-Jews may take on modified versions of Jewish festivals, but there are still physical and intellectual restrictions. The Noahide who wrote the article states that according to her knowledge, it is not enough to simply follow the Noahide Law, you must do it because the god of Israel commands it, not because you find the Noahide code to be intellectually sound. This in contrast to other Jewish writers who state that non-Jews are simply commanded to follow the Noahide Laws whether they believe in them or not (here). Who is in charge here, won't non-Jews get confused, can we be decapitated either way... can we not win for losing?

Noahides and the Celebration of Passover

Noahides symbolize G-d's love for humanity, in setting laws for all mankind to follow. On Passover, not being obligated to keep Jewish commandments, a Noahide has the unique opportunity to see the spiritual side of freedom, as this writer tells us.

More from the author ►
Religious holidays can be strange times for Noahides or B’nai Noach. As a Noahide living in Britain, I do not observe Christian festivals like Easter and Christmas and yet I am cut off from Jewish festivals such as Passover, partly because there are no Noahide customs to speak of and partly because I live nowhere near a synagogue.

Some of you may be asking at this point, what is a Noahide? Noahides follow the Noahide Way, a divine moral code (given to Adam, Noah and Moses) which commands the establishment of courts of justice and prohibits idolatry, blasphemy, murder, sexual immorality, theft and cruelty to animals for all of mankind to follow. These commandments are known as "The Seven Commandments of the Sons of Noah", originally given to the survivors of the Flood, and listed in the Book of Genesis.
Noahides, whose commandments predate Abraham (the first Jew, who accepted additional laws and fathered the people of that name), are not supposed to create new religious festivals, nor are they allowed to observe Jewish religious holidays in the manner of their Jewish brethren.
During Passover, Noahides find themselves in a quandary. How to observe this important holiday without trespassing on Jewish traditions? The gelneral rule is that Noahides are allowed to observe Passover, the Sabbath and other holidays to some extent on the understanding that such observances are not commanded by G-d. In short, a Noahide has the option of commemorating Passover in a modified way, if he or she chooses to do so.

In his book The Divine Code, Rabbi Moshe Weiner reiterates the rabbinical prohibition of setting aside any day for a specific religious observance or statute. However, a Gentile is allowed to eat unleavened bread or sit in a sukkah booth if he does it “for his own satisfaction” and “is not establishing a festival for himself.”

So the removal of chametz is not required of Noahides but there are things Noahides may do in order to appreciate the spirit of Passover, such as spring cleaning, donating to charity, reading the exodus story or having a meal with family and friends, which is the suggestion of Rabbi Yoel Schwartz, from the Jerusalem Court for Bnei Noah.

So, spring cleaning, reading Torah or having a meal with friends are all possibilities for the Noahide. As long as he or she does not establish any ritual observances or establish any customs, it is appropriate to commemorate in some fashion the liberation of the Israelites.

But I am more persuaded by another of Rabbi Schwartz’s suggestions, which is to contemplate the concept of human freedom. The exodus from Egypt, says the rabbi, profited Jew and Gentile alike in that it was “a cleansing from the bad habits of mankind.” Obviously, bad habits like theft and immorality are prohibited by the Noahide code. And a non-Jew who cleanses himself from such “bad habits” and commits himself to the Noahide Way becomes one of the “pious ones of the nations” and earns himself an eternal portion in the World to Come.

Freedom is one of those words that mean different things to different people. As a journalist, I am thankful I live in a country (the UK) where there is freedom of the press. I am also thankful I am not enslaved by a Pharaoh or a Hitler. On the other hand, too much freedom can be dangerous. Allowing Iran or Hamas or North Korea to act with impunity, for example, endangers the freedom of Israeli and American civilians.

There is a difference between liberty and license, which is why G-d commanded the establishment of courts of law. Justice, when it is working properly, protects rather than hinders freedom. So it right and just that murderers, rapists and terrorists have their freedom taken away. But this raises all kinds of issues such as why did G-d create a world in which good and evil can operate freely?

The standard answer is that He gave us free will. And although He urges us to “choose life” (Deuteronomy 30:19), we have the choice to do otherwise. But even when we “miss the mark” or “go astray” there is the possibility of repentance, of turning towards Him and following his divine plan for goodness and kindness. Passover is an excellent time to remember G-d’s power to punish and redeem. Even His punishment of the Egyptians is part of a wider redemptive plan – to liberate the Israelites and turn them into a light unto the nations.

Indeed, one of the reasons Passover is so important is that it is a prelude to the giving of the Torah, which incorporates and expands upon the Seven Noahide Laws. Indeed, Noahides observe the seven laws because they were commanded at Sinai and not because Adam or Noah received them previously. Also important is the fact that Hashem revealed the Torah. This is crucial because a Noahide is only considered righteous if he accepts the seven Noahide laws as coming from G-d. If he derives the laws from his own intellect, he is not considered righteous.

Finally, the exodus is worth contemplating because it is symbolic of the truth that there is no other authority in the universe. Pharaoh’s power is limited, narrow and corrupt – a parody of Hashem’s unlimited and righteous kingship. Both Jews and Noahides proclaim Hashem’s uniqueness, unity and authority. As Rabbi Moshe Weiner states, “it is a continuous obligation for every person to think about and contemplate the existence of the Master of the universe and His greatness, in order to set the knowledge of G-d strongly in his heart and mind.”

King David summed it up when he said, “The Lord is beneficent in all His ways and faithful in all His works.” G-d’s goodness and His immense love for the Israelites were demonstrated during the first Passover and the subsequent giving of the Torah. It is the same belief in G-d’s goodness and power that sustains the faith of Noahides who believe that everything Hashem does is for the ultimate good of the individual and the good of the entire world.

So, for this Noahide at least, Passover is about contemplating G-d’s gift of freedom, His goodness and His faithfulness towards Jew and Gentile alike. Maybe next year I’ll do some spring cleaning.
Posted by Just Another Hindu at 7:38 AM