Zionist Rabbi: Kill Palestinians even if they follow the Noahide Laws 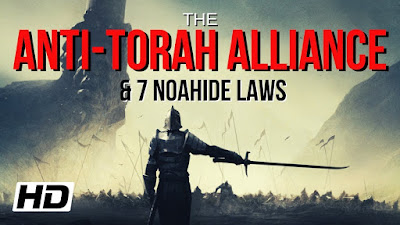 
Under Jewish law, supposedly, Jews are supposed to offer non-Jews the option of converting to the Noahide Laws before waging war on them (here). Jews will also often tell us that Christianity already falls under the category of a Noahide, which it doesn't (here), and there are more successful attempts to categorize Islam as a Noahide religion (here), so again supposedly these non-Jews need not worry about a Jewish offensive. However, these proclamations might not be upheld by more radical Rabbis. Yitzhak Shapira is a Zionist Rabbi living in the West Bank. In 2009 he was stated as saying that one can kill Palestinian babies, even if they have not broken the Noahide Laws, because they pose an existential threat to Jews. Which Rabbis would hold sway over the lives of non-Jews under the Noahide World Order, can we trust these Rabbis to keep their word even on their own laws? Who will decide, and when will they say Jews can kill babies?

Numerous U.S.-based organizations are trying to promote political Zionism throughout the world mostly through movies and several forms of 'cultural propaganda.' The mindset behind these efforts can be regarded as the ideological landmark of the 'greater Israel' ideal

Posted by Just Another Hindu at 12:52 PM