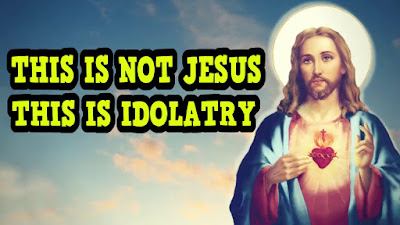 Noahide convert Prof. James Taboor of the University of North Carolina released a book in 2009 entited "Restoring Abrahamic Faith". In its pages Taboor makes the argument that Jesus is not divine, nor ever claimed to be, but was only a man. The question of whether or not Christianity is idolatry or not (here) is of great importance to Christians because many Jewish scholars have determined that Christians are idolators and this would bring them death under Jewish Noahide Law. This Noahide professor's arguments would go to prove that any Christian who worshiped Jesus Christ AS god would be beheaded.

Was Jesus Just a Normal Human?

In a new book, Prof. James Tabor of the University of North Carolina says that history clearly shows Jesus never claimed to be G-d in his lifetime.


In sharp contrast to the popular belief that Jesus was the Christian deity and preached so during his lifetime, Professor James Tabor says that research clearly shows that Jesus was a normal human being and never claimed to be G-d.

“History clearly shows that Jesus was a Jewish human being, born through natural conception, and had a human father. It was only after his natural death that that the Christian religion emerged and Jesus became a god,” says Prof. Tabor, the Chair of the Department of Religious studies at the University of North Carolina, Charlotte.

Speaking on Israel National Radio's Tovia Singer show, Tabor charges that Jesus was a Jew who hoped to redeem Israel but never claimed to be G-d.

According to Tabor, the entire chronology of the New Testament is contradictory at best. While Jesus died in 30 A.D., Paul of Tarsus only began to write twenty years later, in 50 A.D. Professor Tabor’s upcoming book on Paul will detail how there was no Christian following whatsoever before Paul. Even more contradictory, Paul refers to Jesus as the seed of David and not as a product of immaculate conception.

Professor Tabor’s research is described in full in his new book Restoring Abrahamic Faith. He just completed a manifesto of Biblical theology rooted in the Jewish Bible in which he presents novel ideas that present a fresh view of the origin of Christianity.

Jesus knew nothing about Easter, Christmas or the Last Supper, he says. In actuality, the site of the "Last Supper" is merely the location where Jesus blessed on bread. The notion that Jesus commanded the drinking of his blood and the eating of his body has no historical basis whatsoever, Tabor adds; the Holy Communion developed only after the death of Jesus.

His previous book – The Jesus Dynasty – reached the New York Times best-seller list, shaking up even Ted Koppel of 20/20 nightline with its conclusions. His latest work, Restoring Abrahamic Faith, is based on four decades of research on the historical Jesus and explores the Bible without any preconceived notions.

In The Jesus Dynasty, Tabor presented a historical investigation of Jesus and his family with ideas that naturally antagonize many from the Roman Catholic Church. When asked why he doesn’t consider conversion to Judaism, Tabor explains that alongside his love for Judaism and his knowledge that the Jews are G-d’s chosen people, he believes the Jews are meant to be a minority in G-d’s divine plan, and he is comfortable with his place as a declared Ben Noah or Noahide. The belief in Israel’s mission to bring light to the world does not necessitate that everyone be Jewish, he says.

Moreover, Prof. Tabor believes that he can accomplish substantially more from outside of Judaism, and therefore continues his research and writings with the hope that he can expose Christianity and all religions to a proper historical investigation.

Tabor believes that Jerusalem must remain under Israeli sovereignty. In addition, he explains that the Israelis are the most natural and fair broker for the region and are the only ones who actually maintain peace, whereas diverse religious groups, including Armenians, Roman Catholics, Greek Orthodox, Egyptian Copts and other Christians cannot even agree on who should open the Holy Sepulcher in the morning, based on a tradition of passing around the key. It is only the Israelis who have prevented actual bloodshed amongst the various clergymen and have brought harmony to the region.

Although Restoring Abrahamic Faith may be controversial in many settings, Tabor has already received intense support and interest from Christian pastors. Tabor has proven that the foundations of Judaism, Christianity and Islam can be traced back to the great Abrahamic Faith, despite the different directions in which they all developed. His biblically-based expositions from the Torah, the Prophets, and the Writings of the Hebrew Bible combine to present a stimulating viewpoint with a solid historical basis.

For more information on the story of G-d’s great plan, as it applies to all of mankind, visit Prof. Tabor's website www.genesis2000.org.
Posted by Just Another Hindu at 12:04 PM