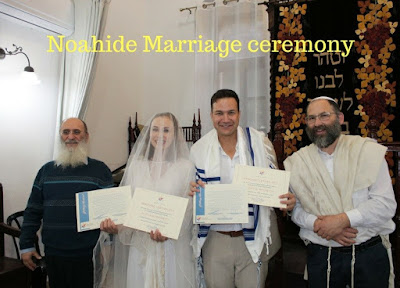 We don't all agree on the morality of polygamy, nor do we all hold the same ethics on whether or not it is ok to marry your wife's sister. However, one Rabbi has published in the Jewish Press that both polygamy and marrying your wife's sister are not prohibited under the Noahide Laws, for those who wanted to know.


Question: If the Patriarchs kept the entire Torah before it was given on Mount Sinai, how could Jacob have married two sisters?
S. Friedman
Answer: Your question is a good one. The Mishnah (Kidushin 50b) states: “One who betroths a woman and her daughter or a woman and her sister at the same time – neither are betrothed.” Rashi explains that the mishnah is referring to a case of someone saying to both women: “The two of you shall be betrothed to me.”
As the source of this prohibition, Rami b. Chama cites Leviticus 18:18: “V’isha el achotah lo tikach litzror l’galot ervatah ale’ha b’chayeha – You shall not take a woman as a rival to her sister to uncover the nakedness of one upon the other in her lifetime.” Eleven verses we read, “Ki kol asher ya’aseh mikol ha’to’evot ha’eleh v’nich’retu hanefashot ha’osot mi’kerev amam – For anyone who commits any of these abominations, those souls shall be cut off from amongst their people.” The punishment for this transgression is karet.
In Genesis 32:5, Jacob tells Esau, “Im Lavan garti va’eichar ad oto – I have sojourned with Laban and have lingered until now.” Our sages, cited by Rashi, note that the word “garti” equals 613; thus, Jacob was telling Esau that he kept the 613 commandments while living with Lavan. How, then, could Jacob have married Leah and Rachel, considering that they were sisters? (According to the Midrash [Bereishit Rabbah 74:11], Jacob actually married four sisters – since Bilhah and Zilpah were also the daughters of Laban!)
There are many ways of resolving this question. One is suggested by the Sforno on Genesis 26:5, “Ekev asher shama Avraham bekoli vayishmor mishmarti mitzvotzai chukotai vetorotai – Because Abraham obeyed My voice and observed My safeguards, My commandments, My decrees and My Torahs.” The Sforno writes that the Patriarchs only kept the Noahide laws (gaining G-d’s favor by doing so because most of the world’s inhabitants at that time had stopped adhering to these laws). Thus, Jacob was permitted to marry two sisters since the Noahide laws do not prohibit it.
The Rashbam (on Genesis 26:5) writes that this verse refers only to the commands G-d gave to Abraham. Thus, “Abraham obeyed My voice” refers to him taking Isaac to be slaughtered on Mount Moriah. “Observed My safeguards” refers to him giving himself a brit milah. “My commandments” refers to Abraham circumcising Isaac and members of his household on the eighth day. And “My decrees and My Torahs” refers to commands that human reason dictates, such as robbery, illicit relations, and hospitality, which were all practiced before the Torah was given on Mount Sinai. Thus, when Jacob told Esau he kept the mitzvot, he meant only those mitzvot that were required to be kept before Matan Torah.
Another answer is that Leah and Rachel were not technically sisters since they both converted before marrying Jacob. The Gemara (Yevamot 22a) notes that two brothers who are converts may, a priori, serve as witnesses together since “ger she’nitgayer k’koton she’nolad domi – a ger who converts is like a minor who was just born” (and thus the two brothers are technically no longer brothers). The Rambam (Hilchot Eidut 13:2) rules accordingly: “Even twin brothers who converted may bear testimony one for the other as a convert is considered newly born.” (The Gemara [infra 22a], however, rules that we act stringently regarding a husband and wife because we don’t wish outside observers to get the impresson that the couple went from a more sanctified lifestyle to a lesser one by converting to Judaism.)
In his commentary to (Genesis 26:5), the Ramban asks how Jacob could have erected a monument (when he made a treaty with Laban) and married two sisters if he kept the Torah before it was given. He answers that the Patriarchs only kept the Torah in the land of Canaan. When Jacob married two sisters, he was outside the land of Canaan. (In a similar fashion, Amram [the father of Moses and Aaron] married his aunt while in Egypt.) The problem with this answer is that Jacob later enters Canaan while still married to Leah, Bilhah and Zilpah.
The Lubavitcher Rebbe, Rabbi Menachem Mendel Schneerson, zt”l, in a sicha that I recently saw, offers another explanation, which I think best answers the question. He notes that Jacob had promised Rachel that he would marry her, and keeping one’s word is a Torah commandment.
The Rebbe does not quote a source for the importance of keeping one’s word to the degree that it overrides a Torah’s command, but I am sure it is Deuteronomy 23:22-24: “Ki tidor neder la’Shem Elokecha lo t’acher l’shalmo ki darosh yidr’shenu Hashem Elokecha mei’imach v’haya bechcha cheit – When you vow to Hashem your G-d, you shall not be late in paying it, for Hashem, your G-d, will demand of you, and there will be a sin in you.” V’chi techdal lindor lo yihyeh b’cha cheit – If you refrain from vowing, there will be no sin in you.” “Motza sefatecha tishmor v’asita ka’asher nadarta la’Shem Elokecha nedava asher dibarta b’ficha – You shall observe and carry out what emerges from your lips, just as you vowed a voluntary gift to Hashem, your G-d, whatever you spoke with your mouth.”
Rashi (ad loc) writes that the latter verse adds a positive command to the negative command. A person is not necessarily required to make a vow, but if he does and fails to fulfill his vow, he is in violation of a negative command. The latter verse teaches us that there also a positive command to fulfill what one has uttered with his mouth.
From Jacob’s behavior we see the importance of keeping one’s word. As a result of him keeping his word, he merited to have 12 sons, the fathers of the 12 tribes of the nation of Israel. As such, he should serve as a role model for us to emulate in our everyday encounters with our fellow man.
Posted by Just Another Hindu at 8:06 AM