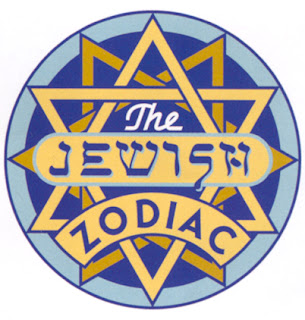 
The Noahide Law against "idolatry" includes prohibitions against pagan astrology (here). We have not gotten into much Jewish mysticism on this blog but roughly stated the Jewish religion ingested some forms of paganism in the last few centuries and from this they have produced a book of mysticism called the Kabbalah, which contains within it some concocted forms of Jewish astrology, hypocrisy! One Rabbi in the late 1800's used this Kabbalistic astrology to predict the end of the world in 2017. While the world did not end in 2017, one Rabbi stated that this Jewish astrology also applies to non-Jews who are commanded to follow the Noahide Laws. The modern Rabbi states that if non-Jews do not follow Noahide Law then Jewish astrology will have a negative effect on them. So Jewish astrology is ok, but pagan astrology isn't? Again, hypocrisy!

THE world is set to end, according to a Jewish prophecy which predicted the disasters Earth is currently facing over 100 years ago.

By SEAN MARTIN
In 1894, Rabbi Moses Israel Benjamin wrote a book called ‘Yalkut Moshe’ (Collection of Moses) in which he outlined his predictions for the end of the world.
The Rabbi predicted that when the Hebrew month of Elul – which occurs around August/September and lasts 29 days – begins with a solar eclipse then it is a sign of the end times.
A total solar eclipse took place on August 21 and was visible across the United States.
Eerily, another of Rabbi Benjamin’s has come true after he predicted a spate of natural disasters would take place in the wake of the solar eclipse.
In the last few weeks, Hurricanes Jose and Irma have wreaked havoc on the Americas while there have been several earthquakes, most notably the strong 8.2 tremor which struck Mexico on September 7, which add fuel to the Rabbi’s prophecy.
To top this off, the threat of nuclear war still looms over the population of the globe as North Korea continues to build its nuclear arsenal. Earlier this month Pyongyang tested a hydrogen bomb in its most powerful nuclear test to date.
In his 1894 work, Rabbi Benjamin wrote that when Elul begins with a solar eclipse: “It is a bad sign for the other nations, bringing great damage to the kings of the East, and bringing great storms and death to animals.”
One Hebrew Scholar, Rabbi Yosef Berger, the Rabbi of King David’s Tomb on Mount Zion, believes the “kings of the East” refers to North Korea and the current threat Kim Jong-un poses to world peace.
Rabbi Berger told Breaking Israel News: “God put the sun, moon, and stars in the heavens as signs for all of creation to understand His will.
“The nations have to understand that they exist under God’s heaven, and they also have divinely mandated responsibilities.
“They must observe the Seven Noahide Laws, which include the prohibition against murder. If they ignore this commandment, they will suffer.”
Some Christians believe September 23 will be the beginning of the rapture.
By analysing biblical texts and astronomical signs, theorists believe 2017 is the year that Planet X will arrive, and herald the end of days.
Revelation 12:1 says: “A great sign appeared in heaven; a woman clothed with the sun with the moon under her feet and a crown of 12 stars on her head.“And being with child, she cried out in her travail and was in anguish of delivery.”

This, according to Christian researcher Bob Meade, is proof enough that the end is nigh.
He said: “The great sign of The Woman as described in revelation 12:1-2 forms and lasts for only a few hours. According to computer generated astronomical models, this sign has never before occurred in human history.
“It will occur once on September 23, 2017. It will never occur again. When it occurs, it places the Earth immediately before the time of the Sixth Seal of Revelation.”
As a result, some have combined the predictions of Rabbi Benjamin and the September 23 theory.
One person wrote on God Like Production: “God gave Ninevah 40 days to repent. The eclipse is 33 days before 9/23. Could it be the period of repentance before the tribulation?”
Posted by Just Another Hindu at 9:43 AM