Some Rabbis say non-Jews should not learn Talmud, only Noahide Law 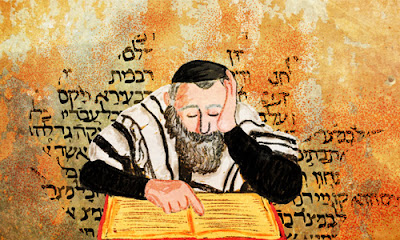 
In the Babylonian Talmud there are statements which say that any non-Jew who learns the Talmud, or any Jew who teaches a non-Jew- both should be put to death (here). In modern times, Rabbis are divided over whether non-Jews are allowed to read the Talmud, but among those who say we shouldn't, they claim that we are supposed to learn only the Noahide Laws, not the rest of Jewish Law, why?


Are non-Jews barred from learning Torah?


Chief Rabbi Jakobovits was a champion of Jewish education, so it was natural that when visiting schools, he would try to engage with the pupils and inspire them with a love of their religion. Legend has it that on one visit to a provincial Jewish school, he had a surprise. "Who painted this beautiful picture of a chanukiah?" he asked. "Mohammed" came the reply. Undeterred, the rabbi tried again. "Who drew this lovely plate of latkes?" he asked: "Ahmed" was the response.

The question of whether non-Jews should learn Torah was debated by the rabbis of the Talmud (Sanhedrin 59a). One rabbi took a universalist approach. He said that since the Torah is objectively true, anyone can study it. True, God revealed the Torah to the Jewish people, but even an idolater who studies Torah can benefit greatly, attain piety, and potentially even reach the exalted spiritual level of the High Priest.

This rabbi supported his argument with a biblical verse describing the importance of the Torah, "Keep my commandments which a person should perform and through which they will gain eternal life" (Leviticus 18: 5). The verse makes no distinction between Jews and non-Jews - Torah is there for everyone.

Others disagreed. They argued that the Torah is the narrative of the Jewish people. It is a specific covenant between the Chosen People and God. No one else should attempt to appropriate our heritage, nor should they create confusion by acting like Jews. If an idolater wants to be part of our tradition, then they should convert: if not, they should not study our texts. This rabbi also had a biblical verse to support his argument: "The Torah which God commanded us is an inheritance for the House of Jacob" (Deuteronomy 33:4). He interpreted this to mean it is our inheritance, not anybody else's.

The Talmud reconciles these apparently contradictory positions by suggesting that it is praiseworthy for heathens to study the Seven Noahide laws - the basic moral code which is binding on all of humanity since these passages are directed to them. However, the rest of the Torah, which is directed to the Jewish people, should remain exclusively ours.

While teaching Torah to idolaters was off limits, teaching it to people of other monotheistic faiths ,and in particular potential converts, was more complicated. The Rambam, for example, argued that it was permitted to teach Torah to Christians and others extend this to Muslims.

Even for those who are strict regarding the teaching of Judaism to non-Jews, the presence of non-Jewish students in the classroom need not be a major obstacle. Many years ago, a young man who was hosting his family Passover Seder was unsure how to do so in the presence of the non-Jewish spouse of one of his relations. He asked the leading 20th-century scholar Rabbi Moshe Feinstein whether he should read and discuss the Haggadah in the presence of his non-Jewish guest. The rabbi answered unequivocally that if non-Jews attended a Jewish event, that is no reason to suspend our religious activities; the man should run his Seder in the normal way. Likewise, if there are non-Jewish students in a Jewish school, this is no reason to deprive the Jewish pupils of their religious studies.

In Israel, non-Jewish children attend the secular state schools, and follow the same curriculum as their Jewish peers. One Muslim Arab told me with pride how he excelled in religious studies classes, leading his Jewish friends to copy his answers in the Bible exams.

While Jews and non-Jews may mix in secular schools, from early infancy religious and secular Jewish children are streamed off into separate kindergartens. Even within the religious system, separate schools are emerging dividing the population between Sephardim and Ashkenazim and the numerous strands within Orthodox Judaism. So a secular Jewish child may have daily contact with his non-Jewish neighbour, but never meet a religious Jew, and the Orthodox children are largely cut off from anyone who has different beliefs to them. While this may have benefits in creating a strong religious culture, it also endangers our ability to create unity among Jews and mutual respect and peaceful relations between Orthodox Jews and the non-Jewish minorities in Israel.

Courageous organizations such as Gesher and Rabbi Michael Melchior's Mosaica work hard to organise encounters between different populations, so that even if they are educated separately, they will at least meet one another, learn about their similarities and difficulties and, most importantly, develop the sensitivity and skills to communicate across religious and cultural divisions.

School is where young people discover their heritage, forge their identities and build firm foundations of faith. In the diaspora, where Jews are a minority, educators must work hard to battle assimilation and create an environment where young Jews will study and socialise so that they will eventually meet and marry a Jewish partner and build Jewish homes.

In Israel, where Jews are the majority, the education system must wrestle with a long and bitter history of conflict, between religious and secular and between Jews and Arabs. We need to equip all our young people with pride in their religious heritage and a willingness to defend their country while staving off racist attitudes towards Arabs and other Jews.

Jewish education, wherever it takes place, faces real challenges. It is not always easy to find the balance between openness to other cultures and the preservation of out own traditions. But for our society to survive, we have no option but to develop models for different faiths to live side by side; proud of and committed to our own beliefs while respectful of others.

Gideon Sylvester is rabbi of the United Synagogue's Tribe Israel
Posted by Just Another Hindu at 12:24 PM