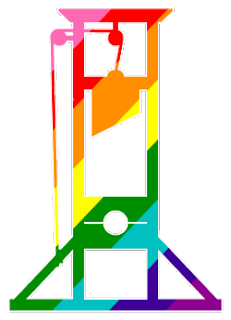 The Noahide Laws strictly forbid non-Jews from making marriage contracts between homosexuals, indeed homosexuals are commanded to be killed in the Talmud (here). In keeping with this, "The Yeshiva World" published an article in which they spoke of mixing genders and "sinful behaviors". The writer said that non-Jews recieve a place in the world to come "because they did not make official documents recognizing abominable relationships." - this obviously applies to homosexuals. Calling homosexuals an abominable de-humanizes them and prepares the world to execute them under Noahide Law... would Jews accept anyone speaking about them in this manner?


A Letter From The Kalever Rebbe Shlita – Protecting Our Holy Education