Rabbi: only Noahides have the correct spiritual connection to food and ecology 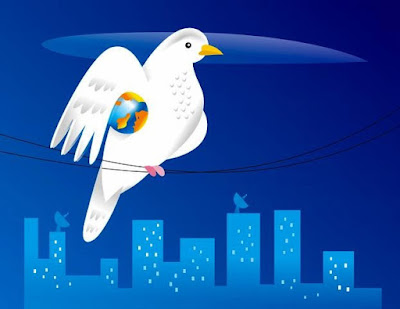 
When many people hear of the Noahide Laws, many are often struck by what seems to be the odd law of not eating the flesh cut from a living animal.  Many people think, who would do that?  I cannot find the source but I do remembering one Rabbi explaining it. It would seem in ancient times there was no refrigeration, so to preserve meat for a long time pieces would be cut from animals to be eaten, but the animals would be left alive so the rest of its flesh would not go bad. One example given was that the animal's limbs would be taken one at a time, yes rather barbaric. Just because the Noahide Laws have a good aspect does not mean they are overall beneficial for humanity. The Noahide Laws make it clear that only Jewish understanding on the universe is correct and acceptable.  Rabbi Shaul Judelman, former director of the Ecology Beit Midrash, a religious study group focused on the environment as it is treated in classical Jewish sources, suggests that only the Noahide Laws gives non-Jews the correct spiritual relationship with food over non-Jewish fast food culture (again ok, but it is the point of the matter). The rabbi also criticizes secular ecology as being inadequate to fight environmental problems and suggest these needs to be done the religious morals which the Jews dictate, the Noahide Laws!

And Hashem commanded the man, saying, “Of every tree of the garden you are free to eat;but as for the tree of knowledge of good and bad, you must not eat of it; for as soon as you eat of it, you shall die.” Genesis 2:16 (The Israel Bible™)

(Photo: Cs california/Wiki Commons)
FacebookTwitterEmailWhatsAppPrintShare269
Climate change dominated a series of town-hall-style debates held by CNN recently for ten Democratic presidential candidates. Though no candidate proposed any platform explicitly as extreme as Alexandria Ocasio Cortez’s $50-90 trillion New Green Deal, they all agreed that addressing climate change would be a top priority.
Candidate Andrew Yang said, “We’re going to be OK if the vast majority of the world goes vegetarian immediately.”
On the moderate side of the party’s vegetarian agenda was Kamala Harris who, when pressed, said she supports changing the food pyramid to reduce red meat consumption.
The government enforced vegetarianism was, perhaps, one of the more moderate solutions to global warming raised at the debates. Bernie Sanders suggested that population control was the key.
“The answer has everything to do with the fact that women in the United States of America, by the way, have a right to control their own bodies and make reproductive decisions,” he said. “So I think, especially in poor countries around the world where women do not necessarily want to have large numbers of babies, and where they can have the opportunity through birth control to control the number of kids they have, it’s something I very, very strongly support.”
Sanders was the only candidate in the debate who did not support a carbon tax but he nonetheless managed to avoid explaining how he would pay for his $16 trillion program to combat climate change.
Elizabeth Warren admitted that universal vegetarianism is only part of the solution, saying, “Some of it is with light bulbs, some of it is on straws, some of it, dang, is on cheeseburgers, right?”
Almost all of the candidates used the term “environmental justice”, claiming that climate change had the most impact on low-income people and people of color.
Former Vice President Joe Biden gave a deadline for healing the planet.
“Science tells us that how we act or fail to act in the next 12 years will determine the very livability of our planet,” he said. “That’s why I’m calling for a clean energy revolution to confront this crisis and do what America does best — solve big problems with big ideas.”
Despite his urgency, his plan would cost a modest $1.7 trillion to eliminate greenhouse gas emissions by 2050, would stop all fossil fuel subsidies, and ban new oil and gas permits on public lands.
The Democratic proposals may seem expensive and vegetarianism is unappealing to many Americans, but a Swedish scientist proposed an even more extreme solution for climate change. In his address to the Gastro Summit in Stockholm last week titled “Can You Imagine Eating Human Flesh?”, behavioral scientist and marketing strategist Professor Magnus Soderlund suggested that among many alternative food sources people avoid, cannibalism might be one of the solutions to climate change. The summit investigates food alternatives for the future. The major obstacle to adopting cannibalism, according to the professor, was “conservative taboos.” He suggested that once people were “tricked” into tasting human flesh, they would be eager to continue. It was reported that eight percent of the summit participants responded that they would be willing to try eating human flesh.
Rabbi Shaul Judelman, former director of the Ecology Beit Midrash, a religious study group focused on the environment as it is treated in classical Jewish sources, emphasized the importance of making decisions based on moral truths rather than reacting negatively out of partisan politics.
“Once you get out of the dramatically extreme response to someone taking away your meat, it is easy to see that it would not only be possible but it would be hugely beneficial to the individual and society to reevaluate our approach to eating meat,” Rabbi Judelman said. “In the Temple times, a person had meat a few times a year and it was a reason to celebrate with God.”
“As a Jew, the laws of shechitah (kosher slaughtering) are very serious,” Rabbi Judelman said. “In fact, God did not intend for man to eat meat. The whole process of shechitah which focuses on removing the blood seems to be a tikkun (fixing) for the human need for blood.”
Rabbi Judelman noted that a special status in God’s eyes is indicated by restrictions in consumption. Jews have the laws of kashrut which severely limit the types of permitted foods. The rabbi pointed to the Noahide prohibition against eating the limb from a living animal in what was apparently a widespread practice. The Noahide laws incumbent upon all humanity included a requirement to subdue our more animalistic methods of consumption.
Rabbi Judelman emphasized that the first commandment God gave to Adam in Eden was limiting his consumption, something that God did not do to animals.
“That was the Tree of da’at (knowledge),” the rabbi said. “With knowledge, with the status of being a man, comes responsibility.”
“There is no doubt that at least some people need to eat meat but at the same time, there is a blemish in Western culture when it comes to meat consumption, especially surrounding fast food which is eating without intention or any spiritual connectivity,” the rabbi said. “Fixing eating is something we need to do to bring Redemption since it is one of the major ways we relate to the environment.”
Rabbi Yonatan Neril, founder of the Interfaith Center for Sustainable Development and Jewish Eco Seminars,
“Judaism is very involved with ecological sustainability,” Rabbi Neril told Breaking Israel News. He cited the mitzvah (Torah commandment) of bal tashchit (do not destroy or waste). The Biblical passage refers to unnecessarily cutting down trees in the time of war.

When in your war against a city you have to besiege it a long time in order to capture it, you must not destroy its trees, wielding the ax against them. You may eat of them, but you must not cut them down. Are trees of the field human to withdraw before you into the besieged city? Deuteronomy 20:19

In early rabbinic law, the bal tashchit principle is understood to include other forms of senseless damage or waste. In contemporary Jewish ethics on Judaism and ecology, advocates often point to bal tashchit as an environmental principle.
“In our times, we are being called upon to live in a more redemptive manner,” Rabbi Neril said. “We are being required to speak to this ecological crisis. But this crisis is not a failure in just the natural systems. It is not about climate change or pollution. Those are symptoms that we do need to address. But the deeper issues and their solutions are spiritual.”
“If a person is living in a wasteful or destructive manner, what is really motivating him are anger, pride, and ego,” Rabbi Neril said. “People who serve God with joy and modesty, mindful of how we relate to God’s creation, would naturally live modestly in a manner that treats the world with respect.”
“Spiritual people naturally think about the long term effect of their actions, how they will affect their children and grandchildren. Overconsuming has a catastrophic effect on the future of our common home.”
“Living a secular lifestyle that seeks pleasure in the material will only make the problem worse by leading to excessive consumption. I don’t think the Democratic party has the solution,” Rabbi Neril said. “To solve what is essentially a spiritual crisis they need religion on their side. But if religion is silent then other people without spiritual interests will try to force misdirected and draconian measures. Religious people really need to step up and take the lead in this.”
Posted by Just Another Hindu at 6:46 AM