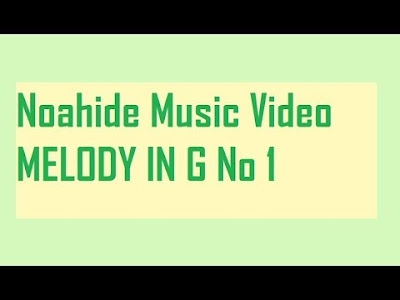 Here is a little Noahide history that might come in handy one day. Rabbi Shlomo Carlebach was a famous Jewish guitarist who was responsible for bringing many Jews back to religious observance through his music. He was closely associated with Chabad-Lubavitch and Rabbi Menachem Mendel Schneerson who are both mentioned in Public Law 102-14 (here) which recognizes the Noahide Laws. Rabbi Shlomo as he was called, was responsible for organizing one of the first Noahide conferences in the 1980s. While Shlomo said his missions were about love, his association with Rabbi Schneerson would say otherwise, as Rabbi Schneerson stated that non-Jews have satanic souls and only exist to serve Jews (here). It would be interesting to learn more about the early days of the Noahide movement and how many famous Jewish personalities were involved, would this soil their reputation?

You will surely arise and take pity on Tzion, for it is time to be gracious to her; the appointed time has come. Psalms 102:14 (The Israel Bible™)