Non-Jews should only learn Noahide Law, not Judaism's "reasons and secrets" 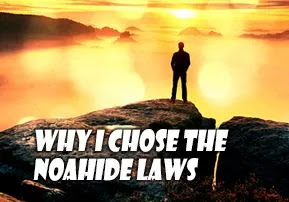 
The Talmud proclaims that any non-Jew who learns the Talmud, or any Jew who teaches them, both should be put to death (here). Modern and ancient Jewish Rabbis debate over this prohibition. Some maintain that non-Jews are to be taught those narratives which bring them closer to god and adherence to the Noahide Laws, but perhaps not more than that. Other Rabbis say that even Noahides may learn certain legal aspects of the Talmud, but they cannot learn the "reasons and secrets" which are reserved for Jews. Noahide Law gives us a two-tier legal system, one law for Jews, another law for non-Jews, and it would seem it also gives us two different textbooks, or can we say the Jews get the "professor's addition" while the non-Jews are left in the dark about the deeper dealings of Jews on this issue... what else are the Jews hiding about Noahide Law?

ASK THE RABBI: MAY A JEW TEACH TORAH TO A GENTILE?
In contemporary society, non-Jews learn Jewish texts in many forums, including University and Internet sites.
BY SHLOMO BRODY  JULY 12, 2012


In contemporary society, non-Jews learn Jewish texts in many forums, including university classrooms and Internet sites.

Sometimes this study occurs even without Jewish instruction, such as in South Korea, where schoolchildren study a selection of talmudic stories. This phenomenon is the latest development in the historical discussion regarding the propriety of teaching Torah to non-Jews.The Torah states, “Moses has commanded us the Torah, an inheritance for the community of Jacob” (Deuteronomy 33:4). Deeming this inheritance the exclusive property of Jews, the sages prohibited gentiles from learning Torah and Jews from teaching it to them. A strident prohibition was also expressed in the Zohar.

While the Talmud elsewhere mentions that non-Jews were taught Torah, some of those cases were clearly under the coercive pressure of the dominant rulers.

Scholars have offered various rationales for the talmudic prohibition, which broadly impacted its scope. Based on talmudic exegesis, some scholars understood any non-Jewish study as a betrayal of the unique bond between Jews and God or a misappropriation of national treasure, with a few even contending that this included potential converts who had not yet joined the nation. Some went so far as to ban teaching the Hebrew alphabet, although other sources indicated that this was a pragmatic step to prevent polemical abuses by hostile anti-Semites. In a similarly polemical vein, one medieval source suggested that gentiles can learn the Prophets and Hagiography (Writings) because its prophecies prove that God has not abandoned the Jewish people.

Yet most scholars limited the prohibition in one form of another. The Talmud itself contends that gentiles may learn material necessary to properly observe the seven Noahide laws. In this spirit, Rabbi David Tzvi Hoffman argued that one may teach non-Jews the narrative portions of the Torah which will inspire belief in the grandeur of God. Beyond that, rabbis Naftali Berlin and Tzvi Hirsch Chajes contended that the prohibition only applies to aspects of the Oral Law but not to the written Scriptures.

Alternatively, Rabbi Samuel Eidels argued that the prohibition only included the “reasons and secrets” of the Torah but not the basic texts or laws, with Rabbi Eliyahu Mizrahi further contending that the prohibition could be waived if one cannot extract oneself from a situation without discussing that information.
Other scholars deemed the study problematic only if it was done consistently or in an exhaustive manner.
Maimonides took a novel approach, distinguishing between Muslims and Christians. He contended that the prohibition was intended only for gentiles who do not affirm the divinity of Scriptures, since they might come to distort the Bible’s meaning according to their mistaken misconceptions and cause confusion within the Jewish community. Christians, who believe in the divinity of Scriptures, will at best come to believe in the Jewish interpretation and at worse cause no harm. Therefore, the prohibition does not apply to them.
Rabbi Menahem Hameiri connected this edict to a similar prohibition in the same talmudic passage which prohibits gentiles from observing Shabbat. He believed the prohibition stemmed from concerns that “insider knowledge” might allow the gentile to pass himself off as a Jew and undermine ritual behaviors. Yet gentiles genuinely searching for wisdom (or to observe other commandments) toward personal growth may study without impunity. Hameiri, preceded by Maimonides, asserted that gentiles who perform commandments, even beyond the Noahide laws, deserve reward for their virtuous behavior and therefore allowed for Torah study toward those goals.
The increased social intermingling that marks the modern era introduced new dilemmas.
One frequent case involved classes attended by non-Jews, such as the case with children in Jewish schools who were not halachically Jewish. Almost all scholars contended that mixed audiences were not problematic when the intent was not specifically to teach non-Jews. This argument was later cited to permit teaching Torah on public airwaves.
This question took a new turn when scholars began to debate the propriety of translating the Talmud into the vernacular. A number of scholars opposed such translations not only because they feared that anti-Semites would ridicule the texts, but because in principle they believed this proscription forbade making Jewish texts accessible to the gentile world.
A contrary approach was advocated by the famed pietist Rabbi Yisrael Salanter, who advocated for both the translation of the Talmud and its introduction into the university curriculum. His goal was seemingly to raise the reputation of Jewish study in the broader world in which Jews had become engaged.
Particularly notable was Rabbi Yehiel Weinberg, who himself taught at a pre-World War II German university. He contended that the proscription only banned gentile study intended to form competing religious ideals and rituals. It remained perfectly permissible, however, to teach even an exclusively non- Jewish audience if the goal was simply to spread Jewish wisdom.
The writer, online editor of Tradition and its blog, Text & Texture (text.rcarabbis.org), teaches at Yeshivat Hakotel.
JPostRabbi@yahoo.com

Posted by Just Another Hindu at 5:04 AM