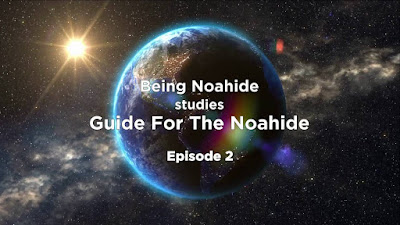 Recently, NASA announced the finding of a 9th new planet that is 10 times bigger than earth, Planet X. Using Jewish Bible codes one Rabbi has stated that this Planet X is the famous Nibiru which appears in many conspiracy theories regarding doomsday. He says that terrible tribulations will come to the earth unless non-Jews "repent" and follow the Noahide Laws. A similar reading was done using gematria (Jewish alpha-numeric codes) to present that some believe the United States was founded to be a Noahide nation (here). Since Freemasons who were involved in planning the nation are Noahides (here), it is an interesting theory. But are Jews and Noahides using mysticism to scare non-Jews into submission, or capture them with captivating prophecies?

(Credit: Breaking Israel News)
FacebookTwitterEmailWhatsAppPrintShare1,685
The recent NASA discovery of the fabled Planet X was accompanied by a parallel revelation from a Bible codes expert who found hidden clues in the Bible that the planet is indeed Nibiru, sent by God as a pre-Messianic warning to the world: repent.
The Bible codes even went so far as to suggest that recent atmospheric and geologic upheavals, such as massive hurricanes and earthquakes, are connected to this discovery.
After years of debunking and denying the existence of Planet X, the National Aeronautics and Space Administration (NASA) announced two weeks ago that researchers at Caltech had found evidence of a still-unseen ninth planet. The scientists theorized that in order to account for anomalies in the orbits of other smaller objects, a planetary body ten times the size of the Earth must exist. They believe it has a radical elliptical orbit that takes it as far away as 60 billion miles from the sun, requiring 10,000-20,000 Earth years for one complete orbit.

This new discovery seems to conform to the predictions of Nibiru, a large planetary object that many believe will collide with the earth. The Nibiru theory is so prevalent and the similarities to the Caltech discovery so striking that NASA went to the trouble of denying any connection between Planet X and Nibiru. The scientific community believes is a hoax, and NASA has frequently published articles debunking Nibiru.
In a video he produced about the NASA discovery, Bible codes expert Rabbi Matityahu Glazerson stated that not only is the new discovery indeed the planet Nibiru, but it has come at this specific time in order to usher in the Messianic era, bringing with it many of the prophesied pre-Messianic natural disasters.
Using a special computer program that arranges the letters of the Bible in a grid and searches for letters at specific intervals, Rabbi Glazerson found the word ‘Nibiru’ in the section of Exodus dealing with the Golden Calf. The Bible code program revealed ‘the Star Nibiru’ directly adjacent to the word ‘Moshiach’ (Messiah).
Remarkably, the last letter of the word Moshiach was part of a group of letters designating this year in the Hebrew calendar: 5778.
In the same section of the Bible, Rabbi Glazerson found the word ‘hatra’ah’ (warning).
“This is a message to the entire world,” Rabbi Glazerson said in the video. “Nibiru is to warn the world to do teshuva (repentance). Not only Israel, but also the world has to repent by observing the seven Noahide Laws.”
In a separate search, Rabbi Glazerson also found the word ‘Nibiru’ in a section of the book of Numbers, describing how the false prophet Balaam was sent to curse the nation of Israel but blessed them instead.

What I see for them is not yet, What I behold will not be soon: A star rises from Yaakov, A scepter comes forth from Yisrael; It smashes the brow of Moab, The foundation of all children of Shet. Numbers 24:17

In this code, the word ‘Nibiru’ intersected with the Hebrew word ‘karov’ (soon). Rabbi Glazerson emphasized that Rabbi Moses ben Maimon, known by the acronym Rambam, the foremost Torah authority of the 12th century, cited this verse as being the source in the Torah for the Messiah.
“These are the days before the Messiah, and those who are creating trouble for the Jews, the Arabs and Edom, will have to pay for it,” Rabbi Glazerson said. “All the natural troubles that are happening now, the hurricanes, fires and earthquakes, could be the effect of this star. We really don’t know.”
Rabbi Glazerson emphasized the importance of this message.
“We are praying that Messiah will come, so that he will save us from all the threats that we are experiencing at this time,” he concluded.

Posted by Just Another Hindu at 11:07 AM