Will non-Jews have to eat kosher food under Noahide Law 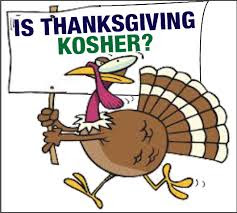 
There is much confusion in the Noahide movement about what sorts of requirements the non-Jews must adhere to in order to stay Noahide compliant. Some Jews say non-Jews should not take on all Jewish religious practices like wearing religious Jewish garb or reading all of Jewish literature, however other Rabbis say this is ok, Noahides can take on any number Jewish traditions, but the real question is do non-Jews have to and who will decide? Apparently, there is now a debate as to whether or not non-Jews need to eat kosher food under the Noahide Laws. These laws micromanage every aspect of the non-Jew's life, whether or not it will be decided they have to eat kosher.

Audio: Can Gentiles Eat Kosher Like the Jews Do?

.
Indeed this is only one of the million dollar questions. One that can be debated until the cows come home (pun intended) and beyond. I once asked a Jew if it was halachic for me, a Gentile, to eat kosher. The response I received was “our non Jewish friends are always welcome to choose a kosher diet. It's a healthy one, because it avoids the foods that still to this day commonly cause food poisoning, such as pork and shellfish.” This was all very nice, however, it does not answer the question as to whether we are required by Torah to eat kosher or not.
For many Rabbis it was generally thought that the answer to this question is no, Gentiles are not required to eat kosher. For some of the most knowledgeable Rabbis, on the Noahide Laws, this is not a correct answer, based upon their studies. Rabbi Chaim Richman is one of those Rabbis. He delivered a Torah teaching called Noahide Halacha at the Noahide World Conference that was most revealing. So much so that one Noahide in attendance started on his own in-depth journey of investigation to find the meaning of what eating kosher really means, especially for non-Jews.
Russell Kirk is that Noahide. Ray and Prescott discuss with Russell what he has discovered from his investigation since hearing this teaching from Rabbi Richman. You will learn many aspects about eating kosher that are guaranteed to get your attention. It is, indeed, beyond just eating in a healthy way. This million dollar question will not go away until it is understood.
For a deeper understanding of the Seven Noahide Laws (Sheva Mitzvoth) we encourage you to include the following books and audio Torah classes in your study by clicking on Torah Audio Classes on CD or Noahide Books. You can also visit the Noahide Nations Torah Network.
Rabbi Chaim Richman’s Torah teaching DVD from the Noahide World Conference on Noahide Halacha can be found HERE.
Noahide Nations is happy to announce that our new Academy of Shem Noahide Yeshiva has been launched and everyone is invited to join in and study Torah with other Noahide. To learn more go to www.NoahideNations.com and go to the "Enter Academy of Shem " on the “Resources Menu”.
Please send your comments to Noahide@IsraelNationalRadio.com.

Ira Michaelson and Rod Bryant are the former hosts of the popular Beyond the Matrix radio show. They have joined the Arutz Sheva – Israel National Radio team to be able to further their message of truth to the global audience. Ira Michaelson is the outreach coordinator for Jews for Judaism – East and Rod Bryant Director of Education and Counseling for Netiv, Torah study center. He is a former Christian minister, now a Noahide, who advocates Torah-based principles. Join the pair as they discuss burning issues for Bnei Noach and the world and invite provocative and thought provoking guests which will be a light unto the nations. A Light to the Nations airs every Tuesday at 1:00 a.m. US eastern time / Tuesday at 8:00 a.m. Israel time on Israel National Radio
Posted by Just Another Hindu at 6:54 AM