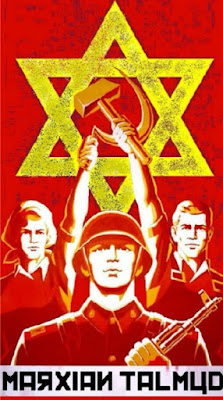 
Rafael Castro is a Noahide convert, a Yale and Hebrew University educated business and political analyst based in Europe. Rafael specializes in proofreading, editing and ghostwriting quality texts for entrepreneurs and politicians, he is a Zionist Noahide. According to Castro, anti-Semitism exists because instead of teaching Noahidism, Jews teach Christianity, Marxism, Freudianism and Intersectionality.  .

Open letter to the Jewish People

Jews have spread many revolutionary and ideological messages in the past. The irony cannot be missed that all these ideologies turned against Judaism.

More from the author ►
I am not Jewish - unfortunately. If I were Jewish I could make Aliyah and settle definitely in your marvelous homeland. I had the privilege of living four years in Jerusalem.  I blessed every day I lived there, enjoying the warmth and easy familiarity with which Israelis relate to each other.

Although I wanted to convert, I did not manage to do so. Now that I have both the religious faith and the necessary will to join the Jewish people, I am happily married to a Gentile woman who cherishes her Christian roots.

As a Noahide I view myself as one of the recipients of the Torah which Moses chiseled in 70 languages.  I view myself as a friend and ally of the Jewish people. That is the reason I have written during years for Zionist newspapers.  I now hope that my words will help you see that the Jewish people have the potential to successfully spread a revolutionary message to humanity.

Jews have spread many revolutionary messages in the past. Jesus and Paul thought that by preaching a distorted version of Judaism to the Gentiles, they would usher in a heavenly kingdom. Karl Marx thought that if workers broke their shackles, the world would know utopia. More recently, Sigmund Freud claimed that psychoanalysis could cure all human irrationality. Meanwhile the philosophies of Herbert Marcuse and Theodor Adorno paved the way for the hegemony of intersectionality in contemporary academia.

The irony cannot be missed that all these ideologies turned against Judaism. Christianity orchestrated the Inquisition and paved the way for the Holocaust. Marxism led to the Gulags and the persecution of Jews in the Soviet Union. Freudianism sought to reduce Jewish faith to a mental illness, and intersectionality spearheads anti-Zionism and antisemitism in our age.

An instinctive reaction to this Gentile “ingratitude” would be to scorn and spur the non-Jewish world and try to ensure Jewish survival behind the walls of self-erected ghettoes. It would be a tragedy if most Jews chose this path. Although self-seclusion was understandable in medieval times and inescapable in the Pale of Settlement, the mission of the Jewish nation is too important and too universal to be restricted to four amot.
Jesus, Paul, Marx, Freud, Adorno and Marcuse were all Jews. However, instead of preaching to the nations the message of the Torah, they taught heresy, atheism and materialism. In other words, they preached every revolution instead of the revolution the Jewish people should spread: The revolution of ethical monotheism.

The seven Noahide commandments which the Torah enjoins the nations of the world to follow is the best ideology that Jews can preach to the world. Unfortunately, most Jews do not even know Noahide commandments exist. Thus, in order to quench their humanitarian instincts and satisfy their universalistic horizons, Jews turn to ideologies such as socialism, communism, liberalism, progressivism, neo-conservatism and environmentalism. In other words, the Jewish people act as a priestly nation not just for God and the Torah, but for sundry ideologies that are extraneous to the origins and genuine calling of the Jewish people.

In religious circles it is commonplace to attribute antisemitism to assimilation and lax Jewish religious observance. There are religious people who even believe that antisemitism is a divine punishment for Jewish straying from the right path.  As a Gentile, let me attempt to explain the mechanism of this phenomenon.

The non-Jew usually knows little of Jews and nothing of Judaism. However, the one thing almost all non-Jews know is that Jews are a special people. We learn it in churches, we learn it in madrassas, and we learn it in our history lessons. And even if we forget or ignore everything we were taught during childhood, Nobel Prize awards remind us every year that Jews are different from us.

As Primo Levi insightfully remarked, humans are hostile to differences. Auschwitz was hostility to human differences taken to its ultimate logical, horrendous conclusion.

As Primo Levi insightfully remarked, humans are hostile to differences. Auschwitz was hostility to human differences taken to its ultimate logical, horrendous conclusion. Nevertheless, human differences can be accepted and even welcomed if people believe they benefit from them. In America, Jews have been historically welcomed because its people cherished the Hebrew Bible and valued a meritocratic ethos. Therefore, the Jewish faith and Jewish socioeconomic achievements were widely respected and admired.
Now that America is secularizing and large swathes of Americans see their economic system as rigged, antisemitism is rearing its head not only in academia, but also in the hallways of Congress. The remedy to this situation is, in my opinion, not for Jews to do an even better job at spreading progressivism, liberalism, conservatism or any other secular –ism, but in spreading the message that society needs ethical monotheism to flourish.
This does not mean that Jews should proselytize or even teach Judaism to non-Jews. It just means that for the first time in 3000 years Jews should be aware of and spread the message which God meant the Jewish people to make known to humanity.
That the message Jews spread to Gentiles start being the same as the message of Judaism to the nations is not a panacea for antisemitism. However, it is the panacea for the antisemitism that claims that Jews have a public agenda as socialists, communists, liberals and conservatives and a hidden agenda as Jews. The latter antisemitism has been the most destructive threat to Jewish lives in modern times.

If Jews start to spread Noahide values, there will still be people claiming that blasphemy, incest, and adultery are justifiable. On the whole however, the Noahide commandments are so wise and reasonable that human beings of all religious persuasions can subscribe to them without qualification.
It is time for Jews to genuinely see themselves as a priestly nation. So far secular Jews have served humanity, but not God. Religious Jews serve God, but sometimes have tended not to serve humanity. Once Jews serve both God and human beings with the devotion and intensity with which you have so far served God and humanity separately, I am certain you will succeed in your historical mission.

Rafael Castro is an Italian-Colombian political analyst who lives in Europe and writes regularly for Israel National News. He can be contacted at rafaelcastro78@gmail.com
Posted by Just Another Hindu at 7:13 AM